Sesamstrasse has been primarily running on Norddeutscher Rundfunk (NDR) since January 8, 1973; it is currently in its 42nd season. Sesamstrasse's 30-minute episodes can also be seen on ARD's children programming affiliate KI.KA. In January 2012, Sesamstrasse stopped airing on ARD, but the show continues to be broadcast on KI.KA.

After a short test run of a few original, undubbed Sesame Street episodes in 1972, the German version of the show premiered on January 8, 1973.

Nearly a decade later, beginning in 1984, a number of the dubbed episodes were reaired under the title, "Ein Wiedersehen mit Bibo und Oskar" (A reunion with Big Bird and Oscar.)[1] Each episode was repackaged to begin with an animated intro of the aforementioned characters with their episode number, which did not match the original episode numbers as they were presented out of order.

Each episode featured the new puppets interacting with a pair of human characters; consistently one male, one female. The individual sketches of the original Sesame Street American inhabitants remained the dubbed main part of the show, but some were edited due to intros that exhibited English words (such as The Adventures of Super Grover, or the Sesame Street News Flash skits).

While Big Bird ("Bibo," locally) and Oscar the Grouch, both performed in German by Caroll Spinney, had visited Sesamstrasse for the special episode 750 before, another highlight of this era was the celebration of Sesamstrasse's 1000th episode; the "Sesamelly Zirkusshow," a circus gala performance taped at "Zirkus Althoff" in which Big Bird appeared alongside the German characters one more time. Remarkable is that Caroll Spinney did not just perform the character to be dubbed later, but also provided his voice in German, resulting in Bibo having a noticeable American accent. The opening for this episode, that aired on January 26, 1985, can be seen here; special guest host Big Bird does not appear in it.

Leonie Löwenherz (Leonie Lionheart in English), a female lion (1986-1989), was featured for a very short time before and after the set and puppets were destroyed in the fire. Just like Uli von Bödefeld, she was built by German puppet makers and not the Muppet Workshop. After her short-lived Sesame career, she got her own (ALF-like) show called "Leonie Löwenherz" on ARD, featuring herself, her two lion brothers and a few human characters. 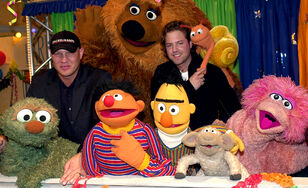 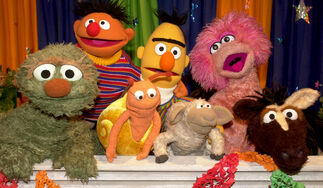 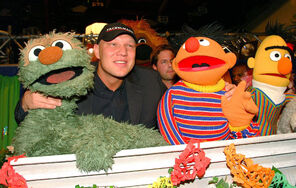 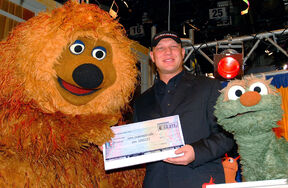 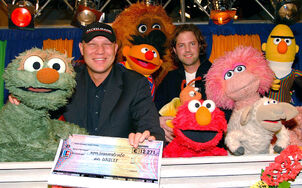 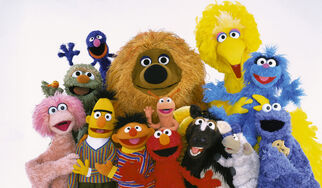 The expanded cast of German Muppets with their American friends 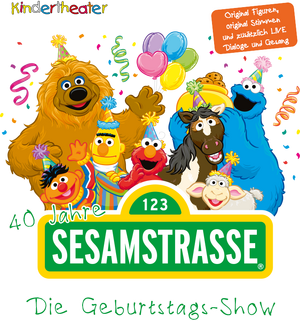 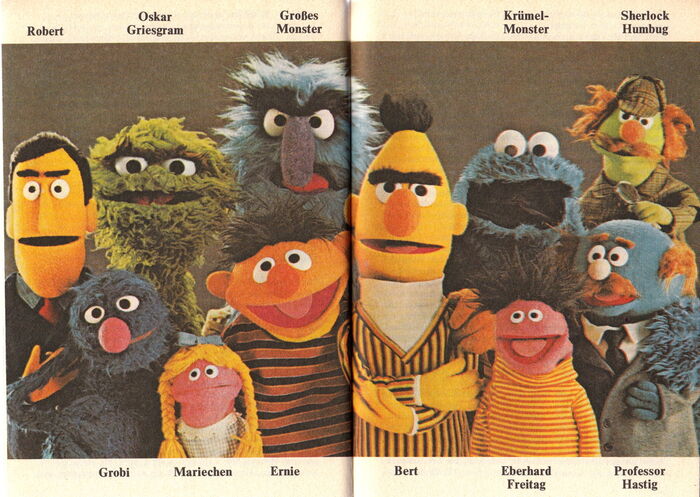 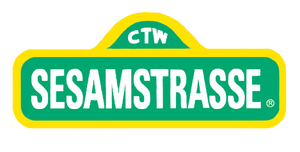