Seymour is an elephant who appeared on Muppets Tonight. He and Pepe the King Prawn worked at the KMUP studios, as elevator operators in the first season and as commissary employees in the second. Seymour and Pepe ("We're two of a kind!") fancied themselves performers and sought to land a spot on the show whenever possible.

Although Seymour was dropped after the series, Pepe went on to become a major character. Over the years, several explanations to Seymour's whereabouts have been provided:

As Kirk Thatcher explained in a Twitter post, "Seymour never really caught on with Brian or the writers on Muppets Tonight."[6]

On performing the character, Brian Henson stated "I actually loved doing Seymour" but "he didn't have the lasting qualities that Pepe had."[7]

Bill Barretta has also stated that he didn't know why Seymour was fizzled out but that he loved the character.[8] 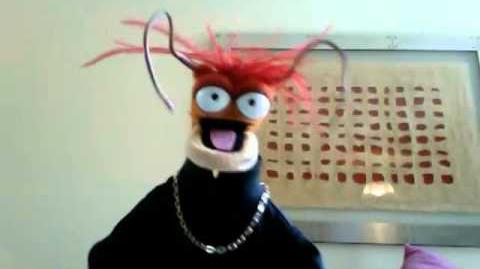