Muppet Wiki
Register
Don't have an account?
Sign In
Advertisement
in: Bear in the Big Blue House Characters, Muppet Characters

Shadow is a playful, sentient shadow on Bear in the Big Blue House. In most episodes, she tells a story, sometimes partly in song. Occasionally, her stories are entirely sung. Shadow's stories combine joy and melancholy.

She is a whimsical creature possessing a quirky nature whose stories are illustrated using the medium of shadow puppetry. Often she will sing the stories and rhymes while the characters within the shadow puppet segments give deadpan commentary. Her melodies are often modal.

Shadow usually presages her presence with her musical laugh. Bear (with the help of the viewers) tries to find her by singing her song -- "Where, oh where, oh where is Shadow?" This never seems to work, though, so Bear has to call "Shadow!" in order to get her to appear. 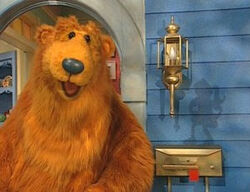 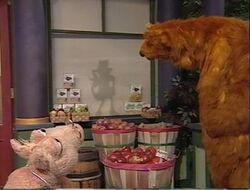