Shalom Sesame is a co-production between Sesame Street and its Israeli counterpart, Rechov Sumsum. The series was conceived as an attempt to bring Israeli life and Jewish culture to American audiences, and it had a long gestation period.

The series starred porcupine Kippi Ben Kippod, and Moishe Oofnik, the Israeli counterparts, respectively, to Big Bird and Oscar the Grouch. Benz, Arik, and Kermit Tzefarde, the Hebrew versions of Bert, Ernie and Kermit the Frog, were also highlighted. Classic Bert and Ernie skits appeared in nearly every episode, but Jim Henson and Frank Oz never appeared as their characters in newly filmed material for the series. Big Bird, Oscar the Grouch and Grundgetta were the only American Muppets to appear in new material for Shalom Sesame. Violinist Itzhak Perlman was a frequent guest star. Other guest stars included American actors Sarah Jessica Parker, Jerry Stiller, Jeremy Miller, and Bonnie Franklin.

Both Hebrew and English were spoken on the program, and it was common to see American Muppet skits alternate between characters dubbed in Hebrew and speaking in the original English.

The series' opening sequence, depicting animated Bert and Ernie flying (via paper airplane) from the US to Israel, was produced by Bill Davis' Artbear Pigmation studio. The theme was a combination of the theme songs of both Sesame Street and Rechov Sumsum.

In addition to PBS (where some segments were edited out due to time constraints), the series also aired on Israeli television, on EMTV, as Shalom Sumsum. Unlike the US version, there was no attempt at bilingualism. The Israeli puppeteers and performers re-looped their own dialogue in Hebrew, while the celebrity guests and other American performers were dubbed by local actors. As of fall 2012, the entire series of 23 shows has been broadcast sporadically on the Jewish Life Television network.

Shalom Sesame is the brainchild of Lewis Bernstein, who had been instrumental in developing Rechov Sumsum. The series began with a twenty-minute pilot, funded by a Revson Foundation grant. The pilot featured Mandy Patinkin and Mary Tyler Moore, contrasting their different levels of awareness about Israeli culture, as they explored the language and customs of Israel with Jewish and non-Jewish children. Later installments would feature location shooting dominating over studio skits, and more exploration of the physical geography of Israel as well as its social and linguistic map. The first and, to date, only adaptation of an international co-production for English-speaking audiences, the series was targeted at an older age group than either Rechov Sumsum or Sesame Street, approximately ages 6 to 12.[1]

Initially, 26 episodes were planned in 1985, but only 5 full episodes were produced at that time. Although conceived for television, the initial episodes received video distribution first. Unlike the My Sesame Street Home Video series that ran concurrently with Shalom Sesame, the videos were not released to retail. The original tapes were produced by and could be ordered directly from the Children's Television Workshop offices and other special order outlets in 1987.[2] The five episodes later made their TV debut in April 1988 in most markets.

These episodes star Bonnie Franklin and Itzhak Perlman, along with the Muppets and current cast of Rechov Sumsum. 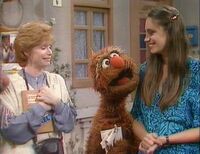 Show 1: The Land of Israel 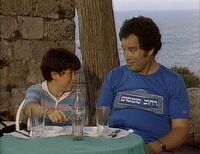 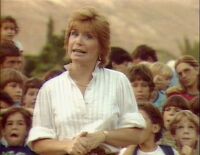 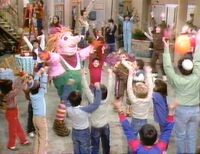 Show 4: The People of Israel 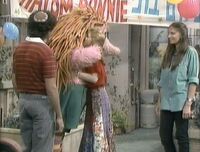 A second season of episodes was filmed in 1990 and debuted that year during Hanukkah, with video sales following. Retail video sales began around this time, CTW opting to license the series out to Jewish media outlets such as SISU Home Entertainment rather than distribute the series through then-distributor of Sesame titles Random House Home Video. Eight episodes were planned for filming that year, with the following three being produced over the summer.[3]

These shows star Jeremy Miller and feature human co-stars Yoav and Daphna, along with Kippi and Moishe. 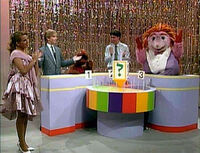 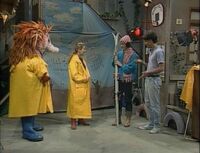 Show 7: Sing Around the Seasons 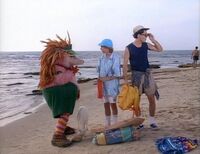 Several months later, a second set of episodes aired in 1991 around the Passover season. Due to safety concerns for the American and Israeli performers at the height of the Gulf War, these final shows were filmed at Sesame Street's New York production facilities, rather than using the Rechov Sumsum facilities in Tel Aviv. While five episodes were originally planned, only three were produced.

Unlike the previous waves of episodes, these three shows have no central human star, but prominently feature Jerry Stiller and Sarah Jessica Parker. 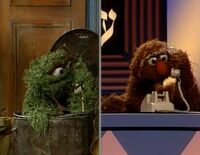 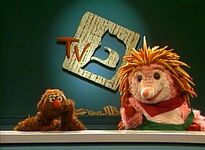 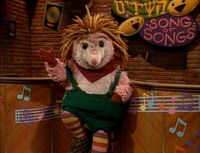 The Shalom Sesame episodes were first released as an eleven volume VHS set.

Nearly twenty years later, it was announced that a new version of the series was to be produced, with production taking place in Israel during the fall of 2009.[4] The twelve-video series began release on October 5, 2010, in time for the Chanukah season. Unlike the previous version, these were made exclusively for the home video and online market (though the Chanukah and Passover episodes have been run on PBS).

The series features a new opening theme, written and performed by Lisa Loeb, and the recurring segment "Postcard from Grover." Taking a leaf from the flagship series, the educational material in this iteration of Shalom Sesame is aimed at a younger target audience than previous installments. Though the Hebrew language is still taught in the videos, the bilingual aspect has been toned down considerably, where most of the American material remains solely in English.

Each DVD features a bonus feature, "Grover's Video Player." The shows were made available in the United Kingdom via Wienerworld Ltd. in 2012. 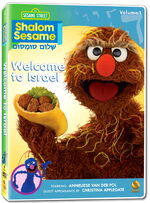 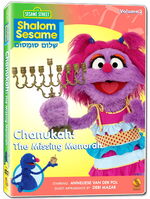 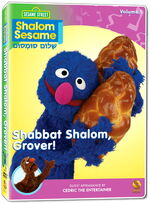 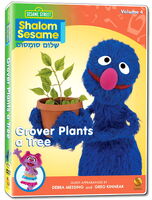 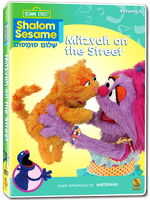 Mitzvah on the Street 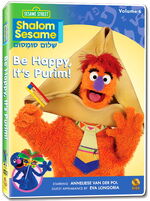 Be Happy, It's Purim! 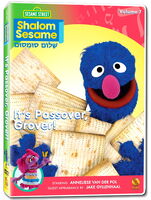 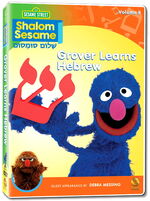 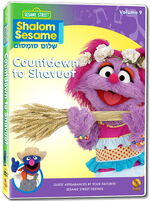 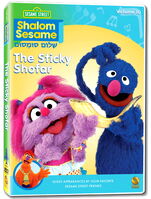 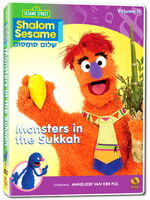 Monsters in the Sukkah 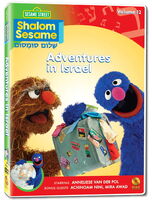 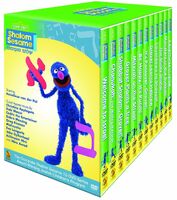 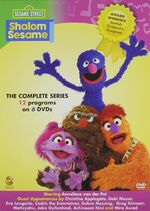