Sheep are wool-bearing mammals that traditionally gather in flocks, and must be carefully herded.

Sheep, often unnamed, are featured in a few of the stories told by Mother Goose in Mother Goose Stories. Sheep have predominant roles in the stories of "Baa Baa Blacksheep," "Little Bo Peep," "Boy Blue," and "Episode 20: Mary's Little Lamb."

The series featured three distinct sheep puppets in the first season episodes - a lamb with white wool, a blacksheep, and a ram. A new lamb puppet was used for Woolworth (aka Mary's lamb) in the second season. 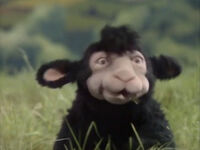 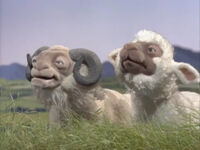 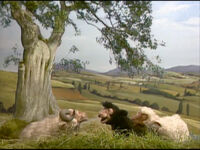 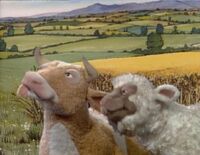 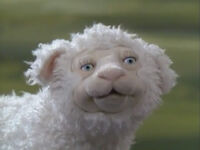 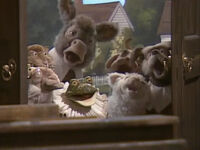 Retrieved from "https://muppet.fandom.com/wiki/Sheep_(Mother_Goose_Stories)?oldid=1322496"
Community content is available under CC-BY-SA unless otherwise noted.