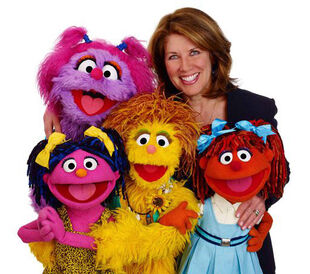 Westin worked for Ronald Reagan's 1984 presidential campaign and then as head of communications for a Washington firm. In 1992, she was appointed as the first assistant secretary for public affairs at the U.S. Department of Housing and Urban Affairs (HUD) then headed by U.S. Representative Jack Kemp. Her high profile position was noticed by the chairman of ABC News, Roone Arledge, who recruited her to become the head of communications of the division. She left ABC News to serve as Assistant to the President for Public Liaison and Intergovernmental Affairs under President George H. W. Bush. In 1994, after Bush's term was over, she returned to ABC as Executive Vice President of Network Communications, a position she held until 1998.

Westin serves on the board of directors of the U.S. Fund for UNICEF, the U.S. Global Leadership Coalition and Communities in Schools. She is a member of the Council on Foreign Relations and the U.S. Afghan Women’s Council. Westin was named a ‘Leading Global Thinker’ by Foreign Policy Magazine in 2016 and one of Fast Company’s 100 Most Creative People in Business in 2017.

Westin has appeared with Muppet characters to talk about Sesame Workshop's global initiates and outreach on such TV programs as The O'Reilly Factor and Today, and such live events as Women Deliver and the International Rescue Committee. 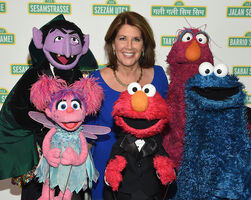 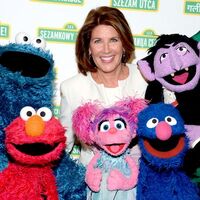 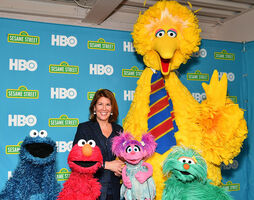 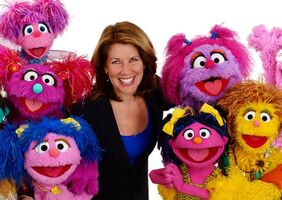 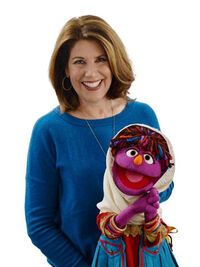 Wikipedia has an article related to:
Sherrie Rollins Westin
Community content is available under CC-BY-SA unless otherwise noted.
Advertisement