Sia Furler (b. 1975), referred to mononymously as Sia, is an Australian singer and songwriter. Sia's music incorporates hip hop, funk and soul as a base for her vocal styling. For many live appearances, Sia chooses not to show her face, either facing away from audiences or hiding behind large over-sized wigs.

In March 2016, Sia filmed a segment for Sesame Street's 47th season. Sia appeared with a black-and-white wig with an over-sized bow and hid her face with a red clown-nose. Sia appeared with Grover, Elmo, Cookie Monster, and Abby Cadabby (many of whom wore matching wigs). Sia also appeared in the celebrity version of "Rubber Duckie." (First: Episode 4710) 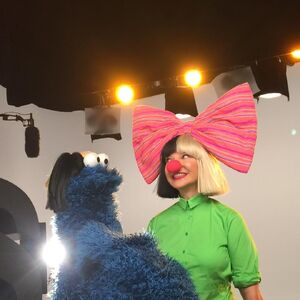 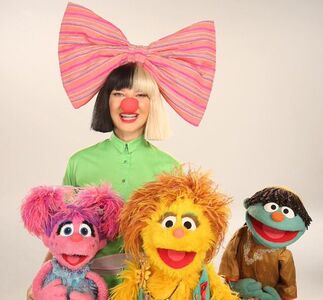 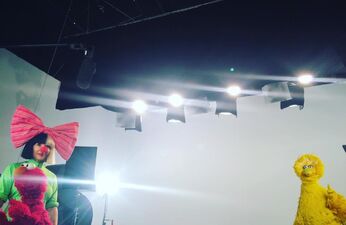 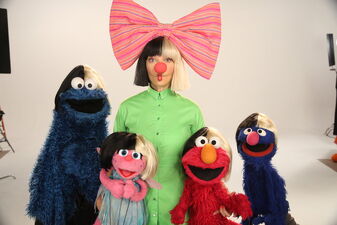 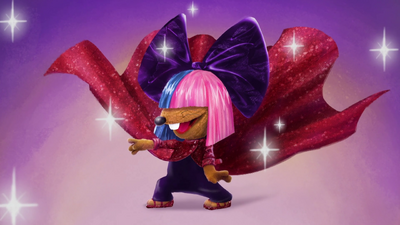 Rizzo in a Sia costume on the Muppet Babies episode "My Brother Vinny"
Add a photo to this gallery
Wikipedia has an article related to:
Sia (musician)
Retrieved from "https://muppet.fandom.com/wiki/Sia?oldid=1259337"
Community content is available under CC-BY-SA unless otherwise noted.