Sid Caesar (1922-2014) was a comic actor who starred on such TV comedy-variety series as Your Show of Shows (1950-1954, with Imogene Coca and Carl Reiner) and Caesar's Hour (1954-1957). In films, he played dentist Melvin Crump in the 1963 epic comedy It's a Mad Mad Mad Mad World (co-starring Jonathan Winters, Buddy Hackett, Ethel Merman, Don Knotts, and many others). He later appeared in Grease and Grease 2 (as Coach Calhoun) and Mel Brooks' Silent Movie and History of the World: Part 1.

Caesar appeared on Sesame Street, reprising a Your Show of Shows character called "The Professor" in a number of segments. In one, the Germanic-accented, double-talking expert on everything tells Big Bird that he invented letters, but is astonished to find that an alphabet has been built around them. He vows to encourage the schools to teach the alphabet before quantum mechanics. In another, he teaches "loud" and "soft" with the help of Fluffy, and a third features him teaching emotions with a little girl. 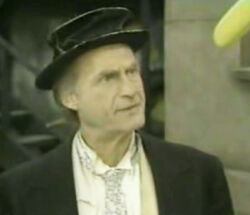 Caesar to Big Bird:
"There is no word with the letter pbbbt in it." 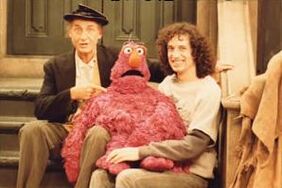 Wikipedia has an article related to:
Sid Caesar
Retrieved from "https://muppet.fandom.com/wiki/Sid_Caesar?oldid=1126282"
Community content is available under CC-BY-SA unless otherwise noted.