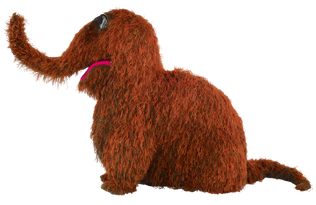 A Snuffleupagus has a large proboscis, similar to an elephant's trunk, called a "snuffle." The snuffle is a Snuffleupagus' most important and versatile appendage. It is used for lifting small items, feeding, hugging, quick-blow-drying, waving, performing puppets, playing musical instruments and conducting musical arrangements. However, as Snuffy learned in Episode 3806, a snuffle cannot be used to communicate in American Sign Language. Although somewhat similar in appearance, a Snuffleupagus is "not an elephant."

Snuffleupaguses are a distinct species, although they are sometimes confused with elephants. At first glance, the Snuffleupagus somewhat resembles a woolly mammoth, although Snuffleupaguses lack tusks and (visible) ears, they have shorter legs, causing them to ride lower to the ground and their feet are much larger. Snuffleupaguses are covered with brown fur; a younger Snuffleupagus' fur is usually lighter in color. A Snuffleupagus also has long eyelashes that protect its large eyes. They posess teeth toward the back of their mouths, as noted in Episode 2929 when Gina assists Snuffy in brushing his teeth.

Snuffleupaguses are primarily herbivores and are very fond of cabbage, spaghetti (with or without meatballs), green moss, cole-slaw, and moss-cream cupcakes.

Snuffleupaguses are indigenous to Hawaii, although groups have been known to migrate as far as Ohio and New York. Native Hawaiians often tell the legend of Mount Ihu Papa'a Lo'ihi Nui, also known as Mount Snuffleupagus. Snuffleupaguses live in family groups and make their homes in caves. Members of the extended family are known to live in separate caves that are connected to the rest of the family through tunnels. The Snuffleupaguses bathe in streams that run through parts of the caves. They can sleep lying down, like a horse (as pictured 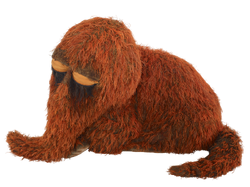 ), or in chairs as a human or a dog (as pictured 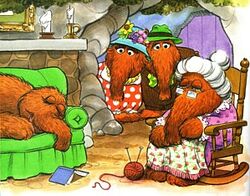 ). Snuffleupagus children attend Snufflegarten to further their education. Whereas adult Snuffleupaguses are commonly seen wearing clothing (such as suits, hats, dresses and coats), the children are usually unclothed. Girls will occasionally wear a bow or other hair dressing, and in cold weather, a scarf and hat may be worn for warmth.

Youthful Snuffleupaguses engage in many recreational activities. Popular activities include snuffle-puppet performances, doing the hula, standing in for Santa Claus in scientific experiments and even pretending to be a cloud. "The Snuffle Shuffle" is a traditional dance, which can be performed by both natives and non-Snuffleupaguses alike.

Audiences were first introduced to a Snuffleupagus in 1971, when Snuffy first appeared on Sesame Street (episode 0276). For more than a decade, Snuffy was the only Snuffleupagus to appear on Sesame Street, and the creatures were thought by many adults to be nothing more than a myth or concoction of a big bird's hyperactive imagination. The exception was Uncle Wally, who claimed to be very familiar with the species from encounters over the course of his travels.

When Dr. Nobel Price encountered Snuffy's cousin Abigail in 1983 (episode 1800), he thought he had discovered a new species and mistakenly christened her a "Shagaphant."

Though the species is usually spelled Snuffleupagus, the word has occasionally been misspelled with a hyphen, as "Snuffle-upagus" -- including the credits for Don't Eat the Pictures, and in a few Sesame Street books. It has most often been spelled Snuffleupagus, in productions such as Follow That Bird (on Snuffy's mailbox, the postcard he sent to Big Bird, and the credits) and in Sesame Street Unpaved. Many licensees, closed-captioners, and websites misspell the word. Even the official Jim Henson Company website erred, spelling the name Snuffulupagus.

The plural of Snuffleupagus is often written as "Snuffleupaguses". This is documented in several sources, including a 1999 Sesame Street Beat newsletter ("...you're probably wondering exactly what part of your comparatively normal life has anything to do with the unique Muppet universe filled with furry monsters, snuffleupaguses, and eight-foot-tall talking birds...") and in the lyrics of "The Snuffleupagus Polka" ("There's a nifty little dance that Snuffleupaguses do. You may think it's not for you; that simply isn't true"). However in his season 40 Muppetbook bio, Snuffy uses "Snuffleupagi" as the plural form of his species. Snuffy describes his pet peeve as "when people think that Snuffleupagi aren't real." 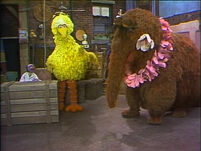 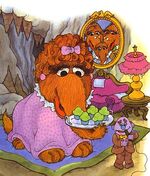 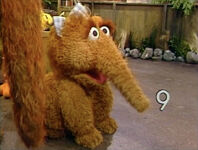 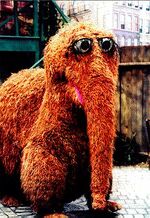 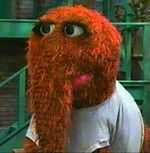 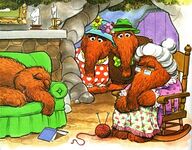 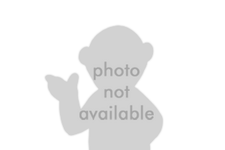 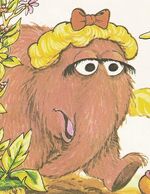 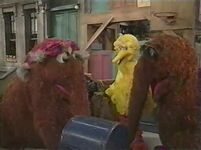 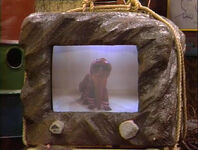 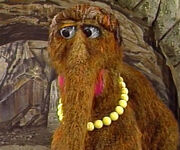 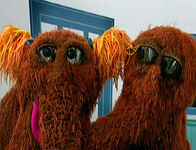 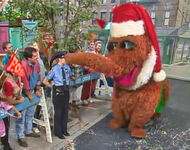 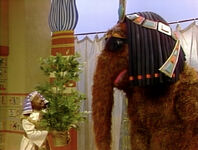 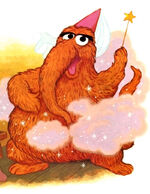 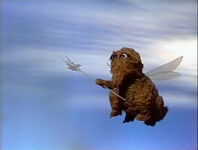 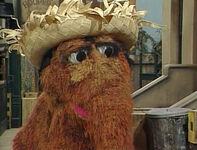 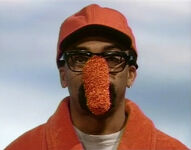 Big Bird and Luis browse through a floppy disk containing information about other "upagusses" in Episode 2154. 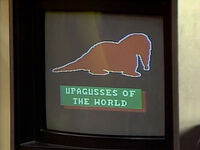 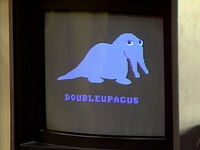 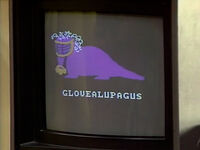 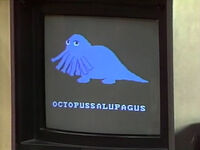 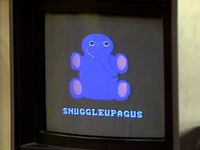 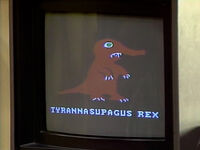 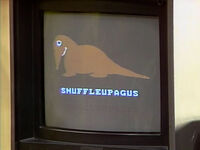 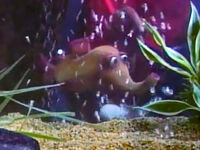 A fishyupagus, observed in Episode 2639