Spaceship Surprise was a recurring sketch on Sesame Street from season 19.

Inspired by Star Trek, the segment was designed to teach consonant digraphs, the pairing of two consonants to create a new sound. The series focused on the crew of the titular ship, headed by an excitable captain (performed by Jim Henson) and his stoic assistant (Richard Hunt). In each segment, the ship would crash land on a different planet, whose populace demonstrated a specific sound. Alliteration was used heavily ("cheering chairs," "shouting shovel," etc.) The skit would generally end with the entire group performing a dance named after the digraph.

In season 25, a sequel series, Spaceship Surprise: The Next Generation, was launched. This time, the emphasis was on consonant sounds in general, and not digraphs. The new crew included:

In an interview for Tough Pigs, Noel MacNeal explained that Patrick Stewart was meant to make a guest appearance in Spaceship Surprise, but refused, and a different segment featuring Stewart aired instead.[1]

The segments were preceded years prior by a Star Trek spoof entitled "Starship Surprise." 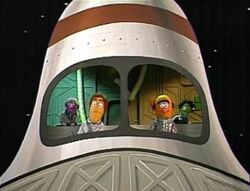 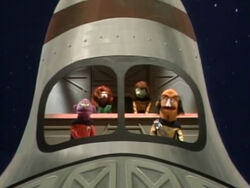 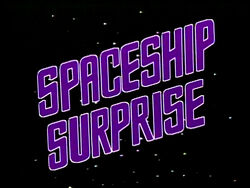 Retrieved from "https://muppet.fandom.com/wiki/Spaceship_Surprise?oldid=1386870"
Community content is available under CC-BY-SA unless otherwise noted.