Spaghetti Space Chase is a ride at Universal Studios Singapore that opened on March 1, 2013.[1] The attraction, which operates in the park's New York zone, is a steel suspended dark ride combining animatronic figures, video footage, light and fog effects.

The evil Macaroni the Merciless has swiped all of the spaghetti on Earth, with Sesame Street being his latest target. Elmo and Super Grover are called on to retrieve the spaghetti. 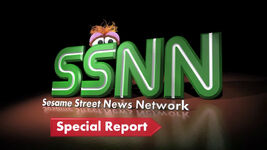 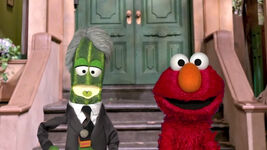 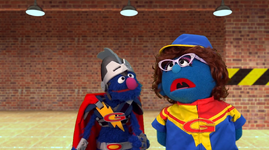 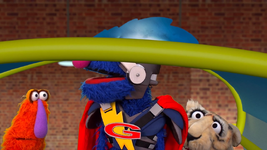 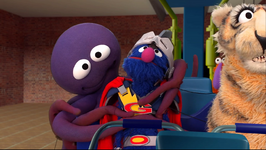 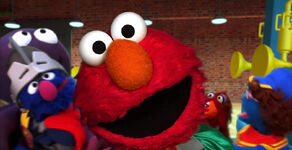 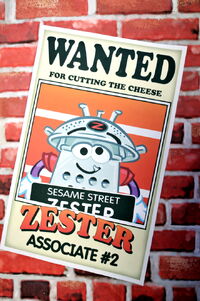 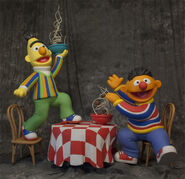 Since its earliest development stages, Universal Studios Singapore wanted to include Sesame Street in their park, but the option was set aside in favor of franchises with more marketing power, according to USS executive designer Kevin Barbee.[2] One of the rumored attractions was the English version of Sesame Street 4-D Movie Magic.[3]

In 2008, work began on the attraction that would become Spaghetti Space Chase. However, the project was originally intended to be a new version of E.T. Adventure. This concept was abandoned. Barbee explained: "The decision was made to do something more current instead. ET is very beloved but we have to stay up-to-date - there haven't been any new ET movies produced recently".[4]

Rumors of a Sesame Street / Elmo-themed dark ride being developed for Universal Studios Singapore first appeared on theme park insider Screamscape's website on February 1, 2012.[5] On May 24, as part of their newly formed partnership with Sesame Workshop, USS announced that it would open a new Sesame Street ride by the end of the year. Andrea Teo, vice-president of Entertainment at Resorts World Sentosa, said of the upcoming attraction during the press conference on that day: "I think it's a very unique ride. It's got the same Sesame Street kind of humour, it's a bit wacky, it's a bit way-out-there, it'll make you laugh and because it's a ride, it also gives you a bit of a thrill (and) adventure." [6]

The entrance to the Universal Theater building, originally intended for the announced but unfinished Stage 28 attraction, had a Sesame Street-themed facade that appeared as early as May 28. At the entrance were two sci-fi movie parody posters, hinting that the upcoming attraction would have an outer-space theme. In August, the building was covered by a giant illustrated construction wall giving more clues to the ride's plot. In October, the new entrance and marquee were completed, and the attraction's title was revealed. Also in October, USS released its first teaser video for the attraction featuring Resorts World Sentosa spokesperson Robin Goh as a news anchor who reports of the strange disappearance of spaghetti around the world. The video also included the first (illustrated) images of the villain Macaroni the Merciless and his henchmen Zester and Shredder. Although the ride was originally scheduled to open by the end of 2012, it was pushed back to early 2013. On February 16, 2013, USS Annual Pass members were given a special preview of the ride. On February 18, RWS announced that the ride would officially open on March 1.

According to Kevin Barbee, spaghetti was chosen as the main concept because it relates to the Italian-American culture (mainly food) in New York City, where Sesame Street is set, but added that it "also related well with Asian culture, as spaghetti is a type of noodle"[7]

The script was written by Joey Mazzarino. Kip Rathke served as creative director for the ride's characters as well as for graphics and merchandise.

Most of the video and audio elements for the attraction were recorded before Jerry Nelson's death and Kevin Clash's resignation from Sesame Workshop, both occurring in 2012. Therefore, it was one of the last Sesame Street productions to feature Nelson (who voiced the Count, and the Sesame Street News Network announcer in the pre-show) and Clash (as Elmo).

The ride's grand opening ceremony in March 2013 marked the first new vocal performance of Elmo after Clash's departure. Peter Linz voiced Elmo for the non-musical portions of the prerecorded audio.[8] In the following months, the ride's in-seat video was revamped to include more footage of Elmo, with Ryan Dillon (in one of his earliest performances as the character) lip-syncing to Kevin Clash's vocals.[9]

On February 16, 2013, Resorts World Sentosa began posting teaser photos for the ride on their Facebook page. From February 18-25, RWS held a picture contest for Instagram users entitled Operations Spaghetti (#OpsSpag), in which users must come up with different ways to "protect" their pasta from Macaroni the Merciless - either by hiding it, using a disguise or camouflage). The winner(s) would be the very first "Super Sidekicks" on the ride's opening date.[10] 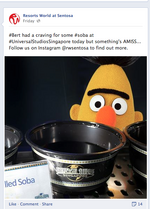 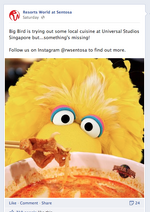 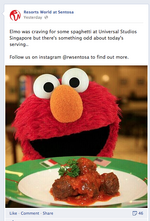 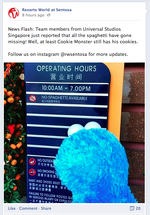 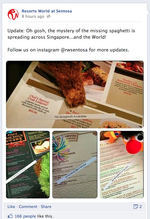 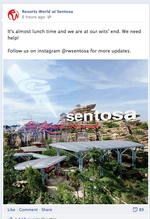 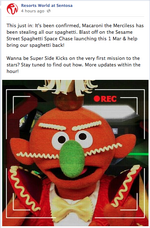 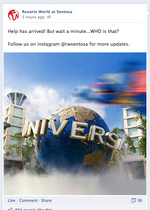 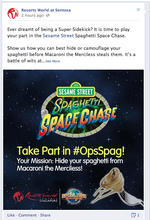 Universal Studios Singapore celebrated the ride's launch with a grand opening ceremony. Attending the event were John Hallenbeck, Vice President of Park Operations at Universal Studios Singapore and Peter van Roden, Vice President of Themed Entertainment at Sesame Workshop. The ceremony included a performance of "Another Sunny Day" and a ceremonial "spaghetti-cutting" (in lieu of the traditional ribbon) which is briefly interrupted by Super Grover, who accidentally crash lands onto the roof of Mel's Diner. He runs down to join the others, emerging out of the ride's entrance as van Roden and Hallenbeck proceed to cut the spaghetti. 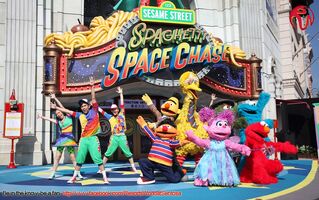 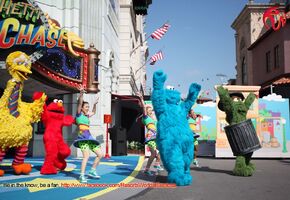 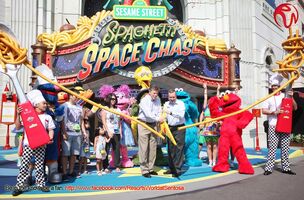 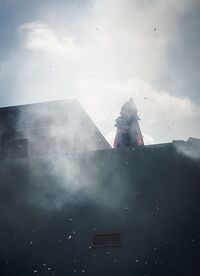 Super Grover makes his entrance at the wrong address.[11]