Sprocket is an intelligent sheepdog owned by Doc on Fraggle Rock.

He spends much of his time in Doc's Workshop, where his bed and food dish are, observing Doc at work. As a result, he often catches Gobo in the act of retrieving a discarded postcard from Uncle Traveling Matt.

Sprocket proves the adage that dog is man's best friend. Though he is occasionally perplexed by his owner's eccentric behavior and odd inventions, the two are inseparable. Sprocket accompanied Doc when he rented Ma Bear's farmhouse in A Muppet Family Christmas.

Though generally unable to speak words, Sprocket communicates with his owner through a series of lively barks, facial expressions, and particularly pantomime, pointing to objects or using a form of charades (similar to the earlier Rufus from Hey Cinderella!). Doc often relies on Sprocket in performing household labor, including repairs on the water pipes.

Sprocket is initially less enamored of Doc's neighbor Ned Shimmelfinney, but gradually warms up to him. The same can't be said of his relationship with Ned's cat, Fluffinella. Though Sprocket teases Doc about Ms. Ardath, the dog himself, who always had a thing for airedales, is not immune to romance, once falling in love with Ms. Ardath's dog Marigold.

Like a typical dog, Sprocket is suspicious of Gobo, the strange creature who scampers in and out, barking fiercely at him. In other episodes, he attempts to board up or break into the hole in the wall. Sprocket frequently tries to make Doc aware of the Fraggles, but his efforts are generally for naught. As the series progresses, however, after receiving Gobo's aid in a tight spot, Sprocket befriends the Fraggles and redoubles his efforts to alert Doc to their presence. Sprocket ventures into Fraggle Rock himself in the episodes "Sprocket's Big Adventure" and "The Voice Inside."

Steve Whitmire, Sprocket's performer, was assisted by Karen Prell, who performed the dog's right hand and wagging tail. Sprocket's appearance changed slightly after the first episode filmed (not the first episode aired) -- he was given lighter, bushier eyebrows, a thicker, less scraggly "mustache," and his eyes' initially severe downward angle was adjusted.

Sprocket returned in Fraggle Rock: Back to the Rock, now under the ownership of Doctor Doc. For this series, he is performed by John Tartaglia.

Outside of Fraggle Rock, the canine appeared in The Muppets: A Celebration of 30 Years. He was prominently featured in A Muppet Family Christmas alongside Doc and appeared as a member of the Organization of Muppet Dogs in episode 110 of The Jim Henson Hour. He was also part of the chorus of dogs singing "I'm Doggin' It" with Rowlf in The Muppets at Walt Disney World. Sprocket also cameos in crowd scenes at the beginning and end of The Muppet Christmas Carol, dressed in a suit. 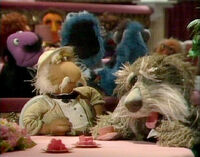 Sprocket in A Celebration of 30 Years. 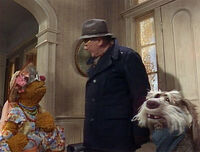 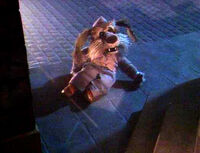 Sprocket being thrown out of a bar in Dog City. 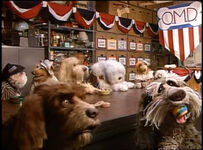 Sprocket at an O.M.D. meeting in The Jim Henson Hour. 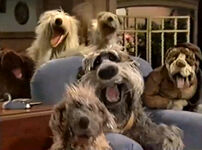 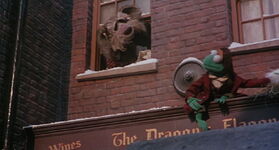 Sprocket tossing a snowball at a frog in The Muppet Christmas Carol. 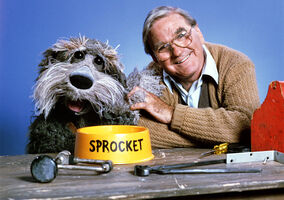 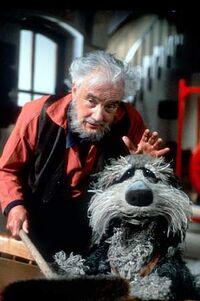 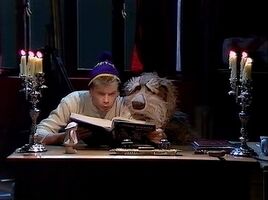 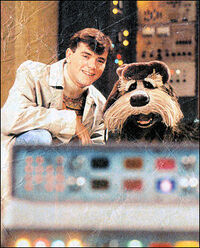 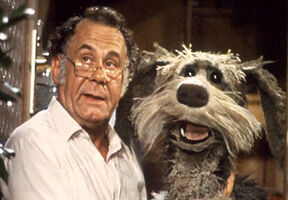 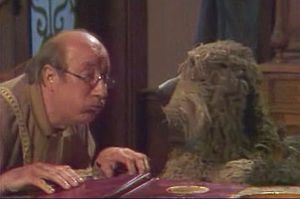 Doc
Fraggle Rock (France), where the dog is known as Croquette 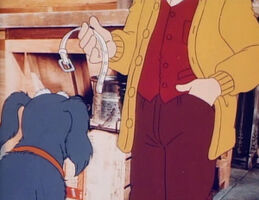 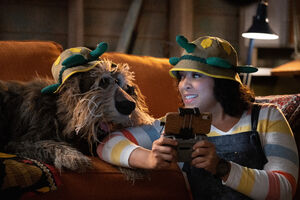 Doctor Doc
Fraggle Rock: Back to the Rock