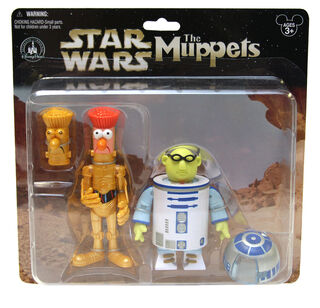 The Muppets released as Star Wars characters are Kermit as Luke Skywalker, Miss Piggy as Princess Leia, Beaker and Dr. Bunsen Honeydew as C-3PO and R2-D2, Fozzie Bear as Chewbacca, Link Hogthrob as Han Solo, Camilla as a Stormtrooper, Gonzo as Darth Vader, and Sam the Eagle as Obi-Wan Kenobi.

Later sets included Scooter as Lando Calrissian, Animal as Boba Fett, Bean Bunny as Wicket the Ewok, a chicken as an Imperial Guard and Uncle Deadly as Emperor Palpatine. A park exclusive featured Rizzo the Rat as Yoda. 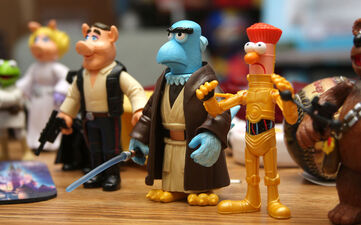 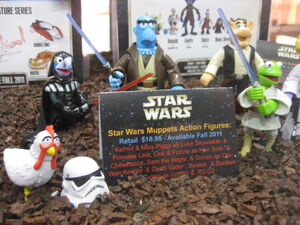 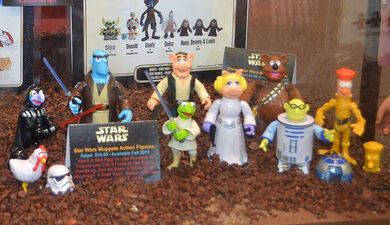 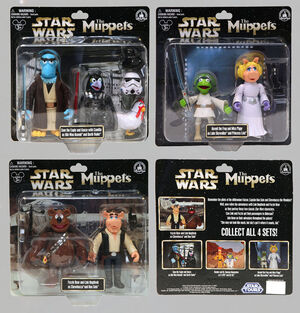 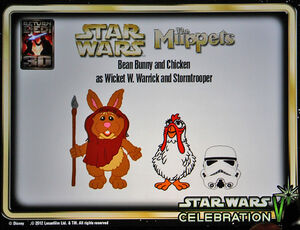 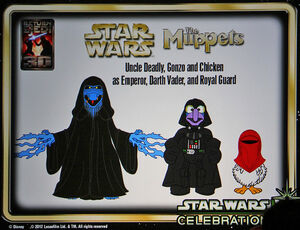 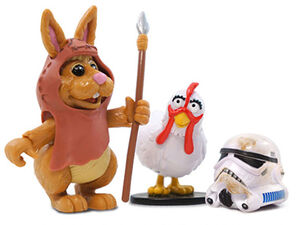 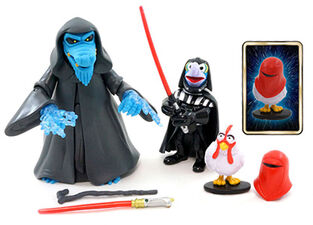 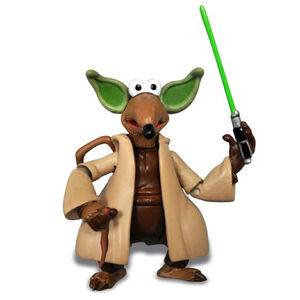 Retrieved from "https://muppet.fandom.com/wiki/Star_Wars_Muppets_action_figures?oldid=1101091"
Community content is available under CC-BY-SA unless otherwise noted.