The documentary will be directed by Marilyn Agrelo (originally announced to be Marah Strauch) and jointly produced by Macrocosm Entertainment and Citizen Skull Productions. Funding for the production was partially raised via crowd-sourcing among fans on Indiegogo, offering customized Sesame Street perks. The film is set to be released in early 2018. 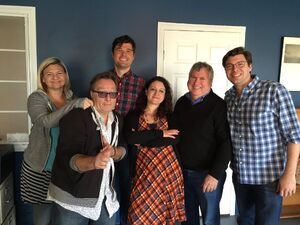