The Super Bowl is the annual championship game of the National Football League (NFL), the highest level of professional American football in the United States.

The day on which the Super Bowl is played, now considered by some a de facto American national holiday, is called "Super Bowl Sunday". It is the second-largest day for U.S. food consumption, after Thanksgiving Day. In addition, the Super Bowl has frequently been the most watched American television broadcast of the year; the four most-watched broadcasts in U.S. television history are Super Bowls. In 2011, Super Bowl XLV became the most-watched American television program in history with an average audience of 111 million viewers, surpassing the previous year's Super Bowl, which itself had taken over the number-one spot held for 28 years by the final episode of M*A*S*H. The game has also inspired various counterprogramming traditions, such as The Puppy Bowl.

Because of the high viewership, commercial airtime during the Super Bowl broadcast is the most expensive of the year, leading to companies regularly developing their most expensive advertisements for this broadcast. As a result, watching and discussing the broadcast's commercials has become a significant aspect of the event. The Muppets have appeared in several Super Bowl spots throughout the years selling Lays Potato Chips, the Ford Escape Hybrid and the Toyota Highlander, and appeared with Jessica Simpson in Pizza Hut commercials for three consecutive Super Bowls.

The NFL restricts the use of its "Super Bowl" trademark; it is frequently called the "Big Game" or other generic terms by non-sponsoring corporations.

In 2018, the Muppets social media accounts posted a video of a group text message conversation between the Muppet characters as they prepare for Scooter's annual "Big Game" party. (Facebook Twitter Instagram)

In 2020, ahead of Super Bowl LIV, Google released a promotional video consisting of various Super Bowl-related search queries. The video features a brief appearance by Count von Count and the numbers 5 and 4, in response to the query "what roman numeral is LIV" (54). 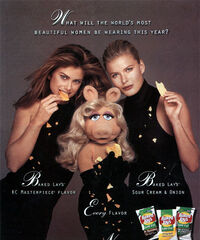 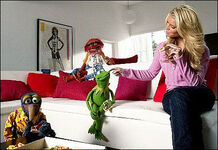 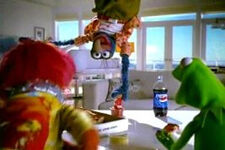 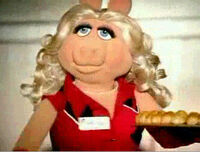 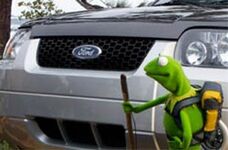 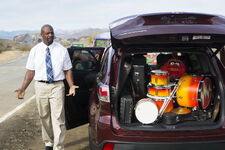 Wikipedia has an article related to:
Super Bowl
Retrieved from "https://muppet.fandom.com/wiki/Super_Bowl?oldid=1247547"
Community content is available under CC-BY-SA unless otherwise noted.