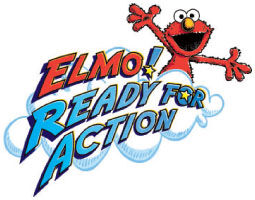 Super Grover! Ready for Action is a Sesame Street Live show produced by VEE Corporation in 2005, which continues to tour. In 2010, it was revived again as Elmo's Healthy Heroes!, as the newest addition to the tour of Sesame Street Live.

When Super Grover loses his "superness," Elmo, Zoe, Rosita and Telly Monster fill in with their own superhero alter egos. Aided by the Big Cheese and Kay, the four monsters become Captain Fuzzy, WonderZoe, Muchacha Fantástica and Triangle Boy.

Lyrics, direction and translations were by Tiago Torres da Silva and Paula Oliveira was the musical director.

Retrieved from "https://muppet.fandom.com/wiki/Super_Grover!_Ready_for_Action?oldid=1318569"
Community content is available under CC-BY-SA unless otherwise noted.