Surprise is a Sesame Street ensemble cast number from Season 7. Led by Big Bird, the song explains in great detail the meaning of the word surprise. Visual demonstrations include a rabbit popping out of Maria's hat, Grover popping up in various places, Mr. Hooper walking into a talking wall behind a door, Bob getting doused with the elements, and many a pie in the face. The segment concludes with a scene of Big Bird getting a surprise birthday party, showing that some surprises can be pleasant ones.

The song was screened at the season's wrap party, where Dulcy Singer delivered a pie to Jon Stone's face in response to the segment.[1] 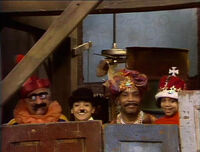 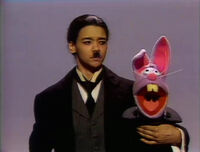 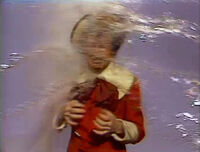 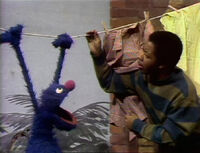 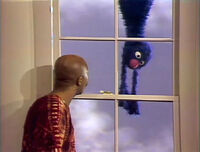 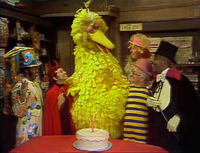 Retrieved from "https://muppet.fandom.com/wiki/Surprise_(Geiss/Pottle)?oldid=1133667"
Community content is available under CC-BY-SA unless otherwise noted.