Take Two with Phineas and Ferb

Take Two with Phineas and Ferb was a series of Disney Channel interstitials which ran from 2010 to 2011, featuring the animated stars of the series Phineas and Ferb interviewing various celebrities.

A segment guest starring Miss Piggy debuted on ABC on August 20, 2011 during the network television premiere of the made-for-TV movie Disney's Phineas and Ferb the Movie: Across the Second Dimension. It first aired on Disney Channel on September 9, 2011, following the channel's premiere of Pixar's Up. In the segment, Miss Piggy shows off her karate skills by making an ice sculpture of herself and raps "Spa Day." 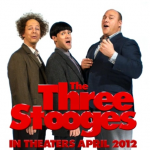