Tale of Sand is a dark existential screenplay originally written in 1967 by Jim Henson and Jerry Juhl. Henson came up with the idea in the mid to late 1950s and worked with Juhl in scripting the feature-length screenplay throughout the late '60s and early '70s. Tale of Sand married the visuals of Henson's Time Piece with the ideas of The Cube. Due to the scope and strangeness of the screenplay, Henson was never able to produce it as a film.

The protagonist of Tale of Sand is a young man named Mac who is involved in a race across an expansive desert with only a rucksack full of odds-and-ends to his name. Meanwhile, he is being chased by a mysterious eyepatched man known as "Patch".

A preview of the comic was released Archaia's 2011 Free Comic Book Day issue (also featuring The Dark Crystal) available on May 7, 2011. 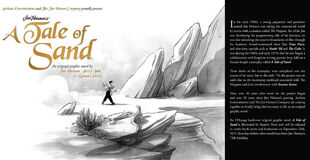 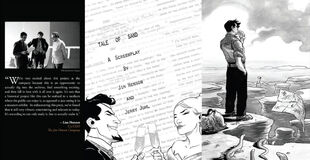 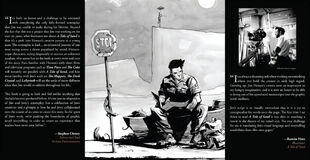 “We're all really excited about this project at the company because it's rare that we have an opportunity to actually dig into the archives and find something exciting and then fall in love with it all over again and then see it be realized in a medium where the public can enjoy it - as opposed to just in a museum exhibit or something. We're finding something that was archived but realizing it's very vibrant and entertaining and relevant to today. So, it's really great because we can make it. We don't just have to study it, we can make it.”
—Lisa Henson[1]

“What’s fascinating about it is that it really gives you a peek into the creative process and the things that Jim was thinking about at that time, before the Muppets blew up like crazy... this was a really young Jim, doing a very kind of existential feature-length film, very much along the lines of The Cube, another of his early things, and Time Piece, the film he won the Academy Award for.[note 1]

This is something that he and Jerry were working on together for quite some time. Because of the scope and strangeness of the movie, it’s very much unlike any other Jim Henson project out there, Jim was never able to actually make the film version of this.

We’re working very closely with Lisa and Brian Henson, his children, who are supervising this. They are very adamant about this not ever being made into a movie, or not being made into anything else, they only want to do this as a comic to almost give a storyboarded look at what this lost Jim Henson could have been like.”
—Stephen Christy (Archaia, editor in chief)[2] 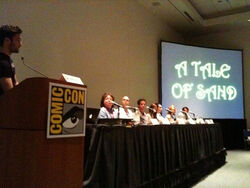 Jim Henson's Tale of Sand: The Illustrated Screenplay was announced by Archaia as a companion piece to the graphic novel in 2012. This reproduction of the script by Henson and Juhl was originally planned for release in December 2012 but finally released in September 2014. It featured new artwork by Pérez and sequences from the script that were cut for the original graphic novel. 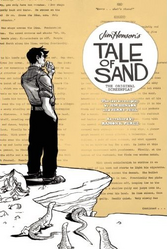 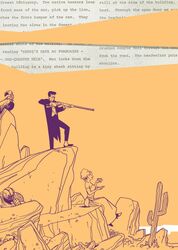