“Muppets Inc. invite you to watch the pilot production of its new series, Tales of the Tinkerdee!”

This unaired pilot, produced by Jim Henson and written by Henson and Jerry Juhl, was shot in Atlanta in the summer of 1962. The pilot featured Kermit the Frog, Taminella Grinderfall and King Goshposh, characters who would all reappear a few years later in the Tales From Muppetland TV specials. Other characters included Princess Gwendolinda, the Prime Minister, Charlie the Ogre, and the Palace Guard.

The pilot centers around Princess Gwendolinda's birthday party and Taminella's attempts to crash the event and steal all the presents.

In the book Jim Henson: The Works, Jerry Juhl spoke of Kermit's role in the show:

“Tinkerdee was a fairy tale kingdom and Kermit narrated the story in song. He had a lute, and you'd see him on little grassy knolls singing the narration we had written in the form of quatrains with god-awful puns and hideous rhymes, which he performed to very sweet, lilting music. That's how we made the transition from one scene to the next.”

According to Jim Henson: The Biography, at the time, Jim Henson felt that Taminella Grinderfall (as played by Juhl) was the Muppets' best character yet. In this special, Kermit also appears for the first time with a fringed collar, albeit an orange, tightly-cropped one to suit his role as a medieval minstrel. Another Tinkerdee pilot, The Land of Tinkerdee, was created in 1964.

The pilot is held in the Paley Center for Media collection, and can be viewed by visiting either of the museum's locations in New York City or Los Angeles. 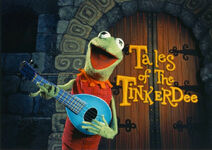 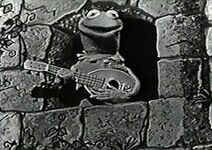 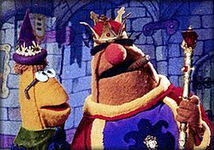