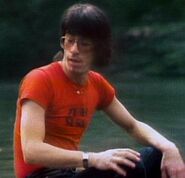 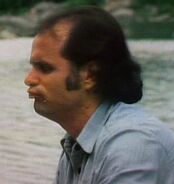 The pair
Add a photo to this gallery

I am willing to swear on everything that is good and holy that those two men are Richard Belzer and Brian Doyle-Murray. Anyone have any evidence for or against? (If so, now would be a good time to unredlink B D-M, as he did a voice in Dr. Dolittle.)-- Mark (talk) 23:35, 14 November 2007 (UTC)

Good eye. I can't find any text evidence supporting it, but both are fairly distinctive actors physically, so I've uploaded images at the top. The second man definitely looks like Doyle-Murray in the 1970s (and in some shots, looks more like Bill but isn't, which given the strong family resemblance, confirms it to my mind), and while I don't know what Belzer looked like back then, it pretty much looks like him now except younger and with more hair- same face, even wearing the sunglasses. Both performers were doing improv in New York at the time, and CTW often cast performer for Sesame Street and Electric Company, whether full-time or for filmed inserts, from that pool, so all in all, I'd say you're right. Direct confirmation would be nice, but we've used this technique before when dealing with cameos and such. -- Andrew Leal (talk) 00:11, 15 November 2007 (UTC)

Man, bouncing balls, and up and down

That segment looks like it was done by R.O. Blechman, who did many, many animated segments for Sesame Street and The Electric Company. Can anyone confirm? Peace. —MuzikJunky 05:03, 20 December 2007 (UTC)

Retrieved from "https://muppet.fandom.com/wiki/Talk:Episode_1186?oldid=467751"
Community content is available under CC-BY-SA unless otherwise noted.