Dr. Teeth in Muppets from Space 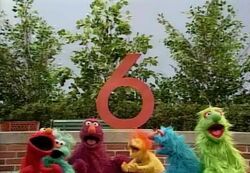 Well, he credited as being in archival footage for "Just Say It, Jake", an episode of Sesame English. Unless he did Grover/Elmo/Ernie to a loop, he was one of the monsters in "In the park, Elmo, Rosita, Telly, Merry, and two AM Monsters are supposed to show 6 of something, but they don't have anything with them... until they realize that they have each other to count." -- Zanimum 20:10, 24 June 2009 (UTC)

John's not either one of them (they're Peter Linz and David Rudman). I haven't seen his name in the credits from shows at that time, so he most likely did AMs and right arms. He's one of the cowboys in the "Lost on the Range" bit at Sesamestreet.org, and I have bits of this segment in a 1994 season 26 clip compilation I taped many years ago, so that confirms how far back he's worked on the show. In a season 29 episode (the one where Telly makes a gigantic sandwich), he performs one of the AMs at Hooper's. In the Musical Halloween Adventure video, he puppeteered Mumford (and voiced him in one scene) and was one of the wolves. -- MuppetDude 20:20, 24 June 2009 (UTC)

Hi Sarah! I changed the heading on the article to read plainly, "Credits", so it's probably best to keep it all together. If someone comes up with some non Muppet/Henson/Sesame credits in the future, that would go under a different heading, appropriately titled. — Scott (talk) 15:36, 12 February 2007 (UTC)

Retrieved from "https://muppet.fandom.com/wiki/Talk:John_Kennedy?oldid=503971"
Community content is available under CC-BY-SA unless otherwise noted.