Teks is a card game played by children in the Philippines. The objective of the game is that the player makes a bet which side of the card will show after flicking or tossing the cards in the air. Once the cards hit the ground, they are flipped upwards through the air (using the thumb and the forefinger). The winner then collects the other players' cards. Teks were sold in "sari-sari" stores or by vendors near schools. The cards, which measured 35mm x 46 mm, consisted of illustrations (comics) based on both local and Western films and television programs. Each card was numbered in sequential order, following a storyline. 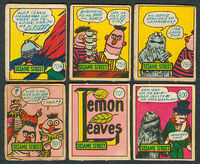 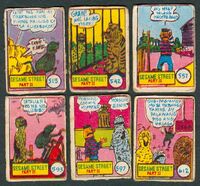 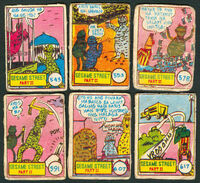 Add a photo to this gallery
Retrieved from "https://muppet.fandom.com/wiki/Teks_Cards?oldid=1161363"
Community content is available under CC-BY-SA unless otherwise noted.