Telling The Truth is a 1997 Sesame Street direct-to-video special in the "Kids' Guide to Life" series.

The DVD version released in the United States includes a CD sampler of "In Your Imagination", "Afraid of the Dark" and "What Do I Do When I'm Alone?" from the album Dreamytime Songs.

Telly feels left out when all the other kids at Gina's day care are going to the circus and lies that his uncle is a ringmaster. After Gina reads the story of "The Boy Who Cried Wolf," Elmo has a dream of the story where the boy, named Leo, learns his lesson. When Telly's uncle (Dennis Quaid) drops in for a surprise visit, Telly admits the truth. 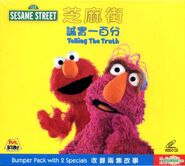 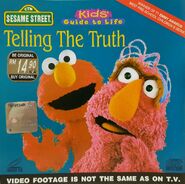 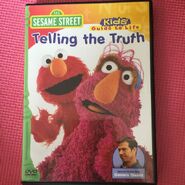