In a parody of "Aquarius," the inhabitants of "Telly's Aquarium", including a fish that resembles Telly himself, sing about how nice it is to live in an aquarium. At the end of their song, Telly goes to his fish tank and takes notice of the resemblance between him and one of his fish.

The set used in the song, as well as the underscore, were seen in The Sesame Street Podcast episode for "Squid", where an animated squid swam around the tank. 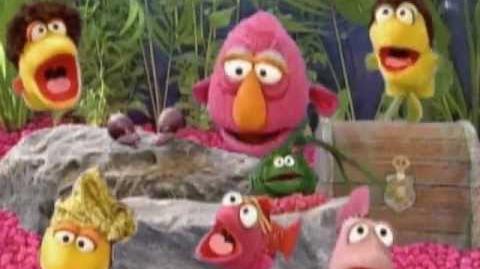 Retrieved from "https://muppet.fandom.com/wiki/Telly%27s_Aquarium?oldid=1322787"
Community content is available under CC-BY-SA unless otherwise noted.