The Arbor is the space between 123 Sesame Street and Hooper's Store which houses a structure that started as a community garage. The area — which has also been referred to as a courtyard,[1] the play yard,[2] or simply the yard — has gone through many changes over the years.

The main structural feature of the arbor area is a small building (often referred to as the carriage house) in the center, initially used as a garage. The building featured a large green staircase to a second floor attic (seen in Elmo's Magic Cookbook), as well as a basketball hoop.

Episode 0138 focuses on a dispute between Gordon and Mr. Hooper over who owns the building. It is then revealed that the garage falls on both of their property lines. When not being used to house Susan's Volkswagen, the building was used as a multi-purpose storage space for the neighborhood.

Sometime prior to 1989, the garage fell under Oscar the Grouch's ownership and was used to house his Sloppy Jalopy. In Episode 2537, Hiroshi began renting out the space from Oscar to use as his art studio until his departure in 1990.

In season 32, the building became home to Gina's new veterinarian practice. For season 33, the building was slightly redressed, with a new paint job for the stairs and double doors. These were reverted back by season 37, while the double doors were replaced by a single door.

When production moved to a different studio within Kaufman Astoria Studios, the garage building was refitted and redressed. It no longer featured a staircase and a "Charlie's Auto Repair" sign was added, though this business was never seen in practice on the show. 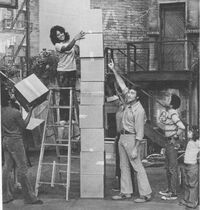 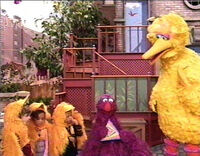 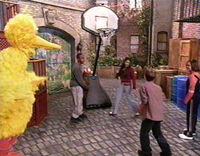 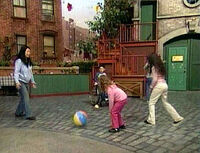 The Courtyard as seen in Season 36 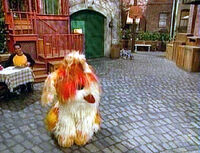 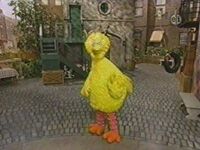 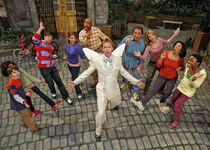 An aerial view of the Season 39-present arbor with new garage doors, a larger garden, and with the staircase and extra door removed 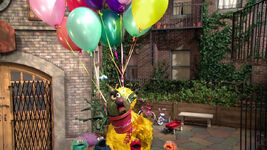 An aerial view of the community garden, as of Season 39.
Add a photo to this gallery