The Bachelor is a dating game show that debuted in 2002 on ABC.

Miss Piggy appeared on March 3, 2014 to tell host Chris Harrison about her upcoming wedding in Muppets Most Wanted. She introduces Kermit, but Harrison can tell something is off about him. This season's contestant, Juan Pablo Galavis, also suspects something strange is going on, when the real Kermit enters and exposes Constantine for stealing his identity. 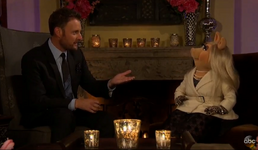 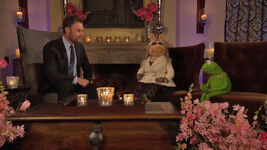 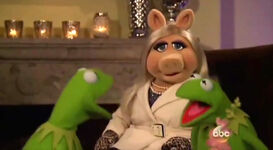 Wikipedia has an article related to:
The Bachelor (U.S. TV series)
Retrieved from "https://muppet.fandom.com/wiki/The_Bachelor?oldid=1157389"
Community content is available under CC-BY-SA unless otherwise noted.