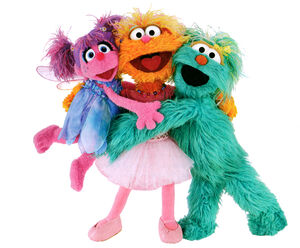 The Bechdel test asks if a work of fiction features at least two women who talk to each other about something other than a man. Several variants of the test have been proposed—for example, that the two women must be named characters, or that there must be at least a total of 60 seconds of conversation.

Originally conceived for evaluating films, the Bechdel test is now used as an indicator of gender-bias in all forms of fiction. Critics have noted that the test is most informative when applied in the aggregate, because individual works may pass or fail the test for reasons unrelated to sexism.

The test is named after the American cartoonist Alison Bechdel. In 1985, she had a character in an issue of her Dykes to Watch Out For comic strip titled "The Rule", say that she only watches a movie if it satisfies the following requirements:

Wikipedia has an article related to:
The Bechdel test
Retrieved from "https://muppet.fandom.com/wiki/The_Bechdel_test?oldid=1158024"
Community content is available under CC-BY-SA unless otherwise noted.