On the September 23, 2005 broadcast, the show's producer Aled Haydn Jones interviewed a very special guest, Miss Piggy. He asked her about her age and love life, which Piggy took as well as one might expect.

On the January 27, 2012 broadcast, Chris Moyles interviewed Kermit the Frog, Fozzie Bear, and Miss Piggy, sharing his feelings toward The Muppets. The Muppets gave him a FAO Schwarz Whatnot of himself. 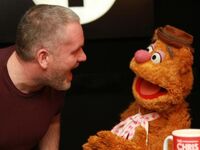 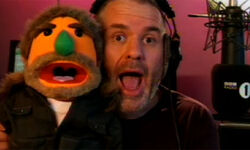 FAO Whatnot and Chris 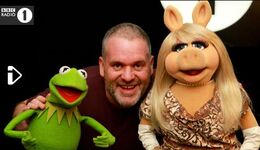 Kermit, Chris and Piggy
Add a photo to this gallery

Wikipedia has an article related to:
The Chris Moyles Show
Retrieved from "https://muppet.fandom.com/wiki/The_Chris_Moyles_Show?oldid=1077365"
Community content is available under CC-BY-SA unless otherwise noted.