The Chrysler Building is an Art Deco skyscraper located in New York City. Construction was finished on the building in 1930 and it held the title of "World's Tallest Building" from then until 1931, when it was surpassed by the Empire State Building. It is currently the third highest building in New York City.

The building has been featured with the Muppets on several occasions. In The Miss Piggy Calendar 1980 the building is seen in the background with King Kong holding onto Miss Piggy, and Kermit the Frog coming to the rescue in a plane.

In the Sesame Street storybook Going Places, Big Bird, Bert and Ernie are seen on an observation deck of the building.

A NYC GO bus stop ad for Just Ask the Locals featured Big Bird and Elmo on top of a bus with the building towering in the background.

The building can also be seen in the distance on A Muppets Christmas: Letters to Santa, as Gonzo, Fozzie Bear and Kermit the Frog approach the "United Pigeon Service" atop another building. 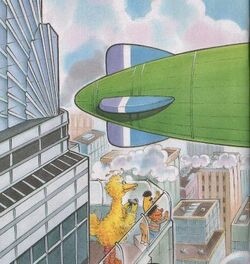 Atop the Chrysler Building in the storybook Going Places 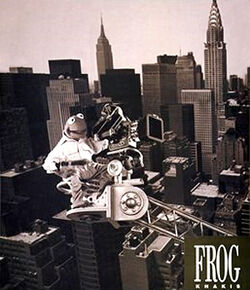 The Chrysler Building in the background in a GAP ad parody 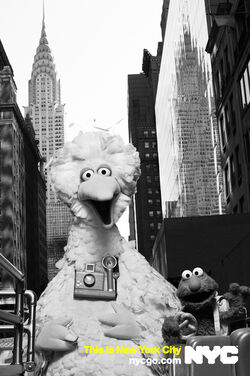 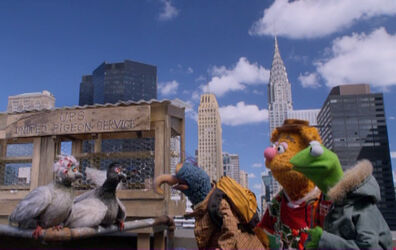 And in the distance on A Muppets Christmas: Letters to Santa 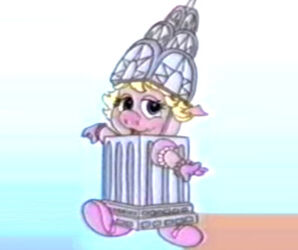 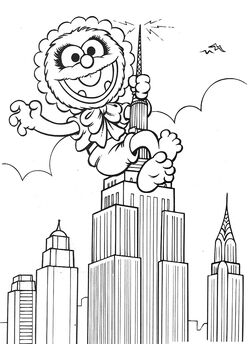 Adorning the background in Muppet Babies Visit the Fifty States coloring book
Add a photo to this gallery
Wikipedia has an article related to:
The Chrysler Building
Retrieved from "https://muppet.fandom.com/wiki/The_Chrysler_Building?oldid=1077376"
Community content is available under CC-BY-SA unless otherwise noted.