The Count's Storybook Theatre is a recurring Sesame Street sketch that premiered during Season 24.

From his castle, The Count would read a classic piece of numerical literature, often featuring him in a leading role. Each sketch was bookended by a shot of a table with a pop-up book of the sketch's story and a candelabra, which would typically be blown out as the segment closed. The segment's theme was composed by Dave Conner.

A later sketch was similarly titled "The Count's Fairytale Theatre," but lacked the segment's bookends and theme. 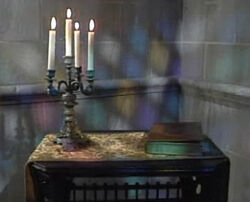 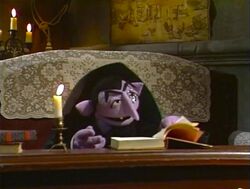 The Count in his hosting role
Add a photo to this gallery
Retrieved from "https://muppet.fandom.com/wiki/The_Count%27s_Storybook_Theatre?oldid=1182790"
Community content is available under CC-BY-SA unless otherwise noted.