The Count's Talking Numberland is a 1993 Sesame Street electronic game made by Tectron, under the Headsmart label. The game was topped by a plastic Count von Count, looming over his castle with a couple of bats. The Count spoke to the players via sound clips recorded by Jerry Nelson, posing questions about numbers and simple math problems.

The game setup involved cardboard cards that could slot into the "keyboard" area of the plastic case; these cards had one large illustration of a Sesame character interacting with a number of countable objects. The game also had a small LCD screen that could display points and pictures. 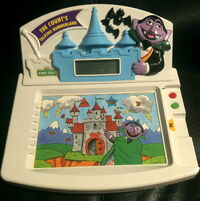 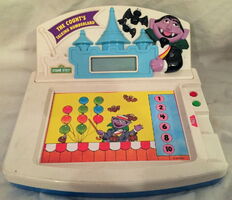 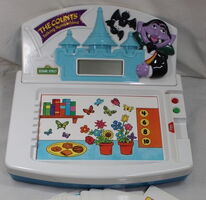 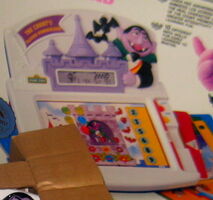 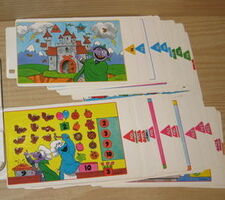 Add a photo to this gallery
Retrieved from "https://muppet.fandom.com/wiki/The_Count%27s_Talking_Numberland?oldid=1169711"
Community content is available under CC-BY-SA unless otherwise noted.