The Countmobile is the car owned by Count von Count, first introduced in Sesame Street’s sixth season. Suggesting possible out-of-state registration on the vehicle, its license plate number is TRANSYLVANIA 6-5000.

In one episode, the Count illegally parks his car in front of 123 Sesame Street while he makes his way around the street to count people with jobs. While speaking with Luis, who is fixing an iron at the Fix-It Shop, his attention turns back to his car being attended to by another person doing their job. He quickly learns that the woman standing near his car is a meter maid, who promptly hands him a citation for parking next to a fire hydrant.

By the time of Follow That Bird, the Count had significantly upgraded his ride and registered the vehicle this time in New York with the license plate number 12345678910. A near antique, bearing some resemblance to a Stanley Steamer, the Countmobile is painted purple and boasts bat-like wing appendages.

At (presumably) any given time, the Countmobile is capable of transporting ninety-nine bats. 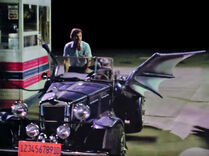 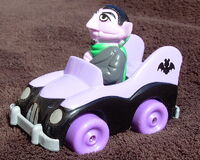 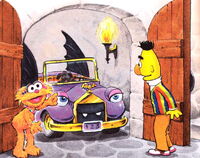 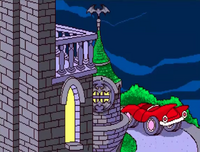 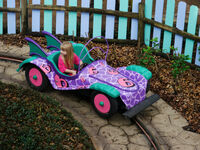 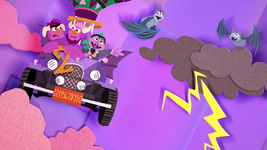 The Magical Wand Chase
Add a photo to this gallery

Retrieved from "https://muppet.fandom.com/wiki/The_Countmobile?oldid=1172448"
Community content is available under CC-BY-SA unless otherwise noted.