Six of the figures -- Jen, Kira, Happy Pod Peasant, Slave Pod Peasant, Aughra and Skeksis -- came with a piece of the Dark Crystal; the pieces could be assembled to form the whole Crystal. Three additional, and slightly larger, figures were also designed -- a Landstrider, Mystic, and Garthim.

The figures were designed, built and stock cards printed -- but the line never reached final production, and the toys were never officially released to the market. In 2016, Funko revived the toys for their line of ReAction figures. 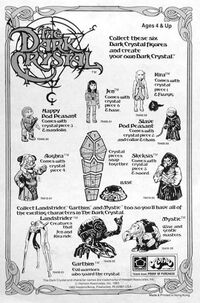 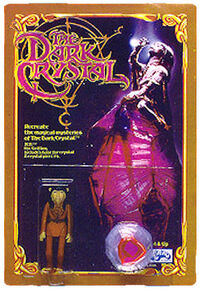 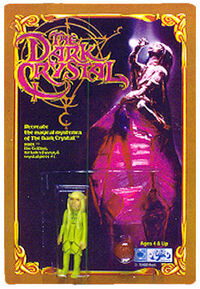 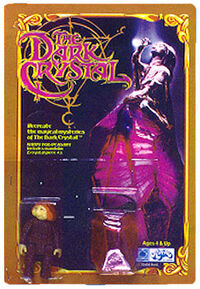 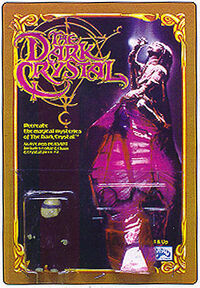 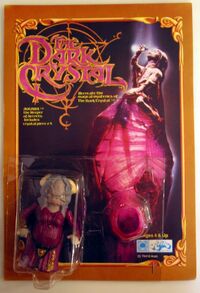 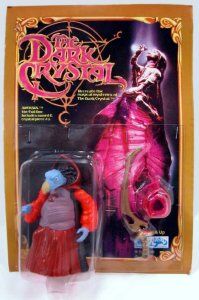 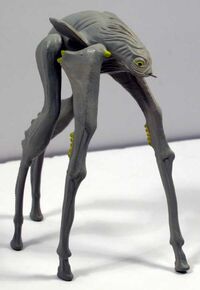 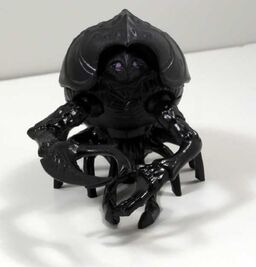 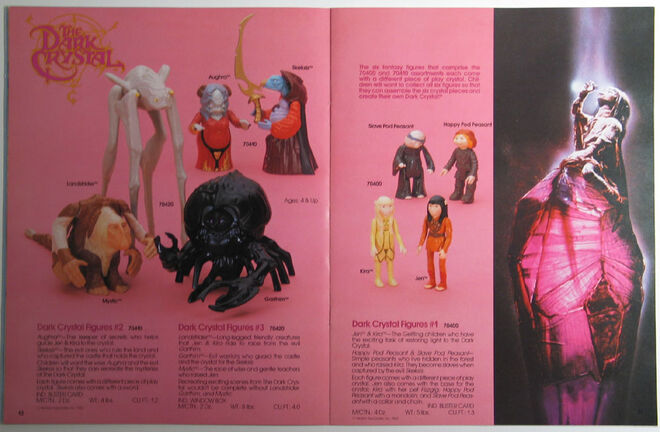