Trish and Toya are the Dirt Sisters, a pair of Muppet characters who appeared on the short-lived Saturday morning show CityKids. These gossiping teens talked to each other on the phone, commenting on the show's main plot.

In the pilot for the series, the puppets had different designs and were brown-skinned rather than different colors. One of these puppets appeared as a courtroom viewer in episode 109 of Muppets Tonight. 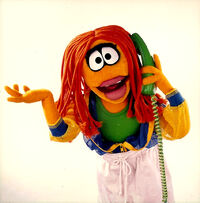 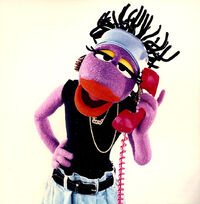 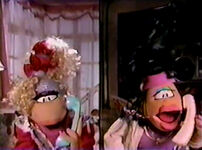 The original Dirt Sisters designs in the pilot
Community content is available under CC-BY-SA unless otherwise noted.
Advertisement