The Doctors is a daytime medical talk show which began airing in syndication in 2008. Produced by Phil McGraw and distributed by CBS Television, it is the first talk show to be spun off from another talk show spin-off, as the Dr. Phil show was itself a spin-off of The Oprah Winfrey Show.

Oscar the Grouch, Zoe, and Prairie Dawn appeared on the show on November 17, 2009.

Oscar has his temperature taken. Dr. Jim Sears, Prairie, and a child named Marcus show that going the doctor doesn't have to be scary; a doctor examines her ear, has her tongue depressed, has her reflexes tested, and heart listened to with a stethoscope. 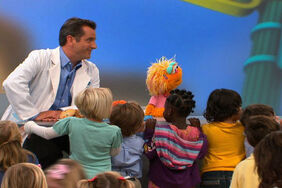 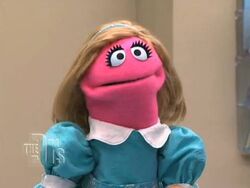 Wikipedia has an article related to:
The Doctors (2008 TV series)
Retrieved from "https://muppet.fandom.com/wiki/The_Doctors?oldid=1077531"
Community content is available under CC-BY-SA unless otherwise noted.