The Electric Mayhem Bus debuted in The Muppet Movie and has become one of the most iconic Muppet vehicles. This psychedelic colored bus belongs to The Electric Mayhem, with the names of the individual band members adorning various sides of the bus, and is generally driven by Dr. Teeth. In The Muppet Movie, the bus allows for an intervention by the band, rescuing Kermit the Frog and friends from the desert, and carries the entire troupe to Hollywood. The bus resurfaced in the 1979 Macy's Thanksgiving Day Parade.

Although visibly absent, it did merit a verbal tribute in The Muppets' Wizard of Oz, however. Commenting on the band's lateness, Floyd Pepper remarks, "We've been driving the same lousy bus since 1978."

A reproduction of the bus (albeit a different model bus with more windows) was included among the relics on the Muppet Studios lot in The Muppets.

A closer recreation of the original bus was featured in the Muppets' 2014 Toyota Highlander commercials. The bus is seen broking down on the side of the road. Following this mishap, the band was later seen driving a van in The Muppets most notably in "The Ex-Factor" with Kristin Chenoweth. According to production notes for the van featured in the 2015 series: "Dr. Teeth and the Electic Mayhem have been touring since 1975, and their school bus imploded somewhere in Montana last year, so they needed a new mode of transport that was consistent with their vibe."[1] 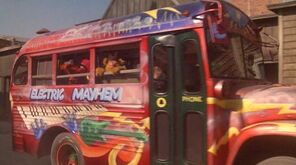 The bus in The Muppet Movie 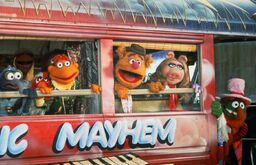 Spectators watch Kermit's showdown with Doc Hopper from the bus. 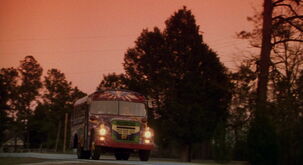 The Electric Mayhem bus in Muppets from Space 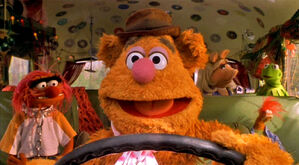 Fozzie driving the bus in Muppets from Space 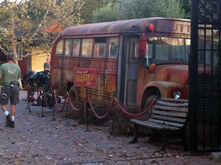 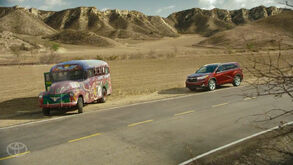 2014 Toyota commercial
Add a photo to this gallery 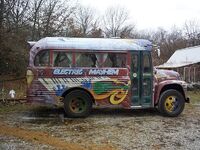 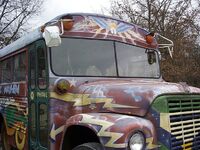 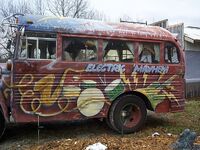 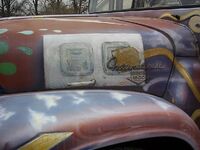 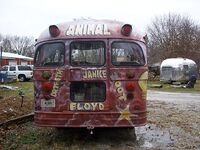 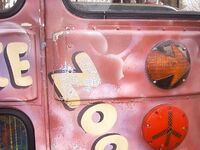 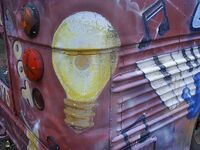 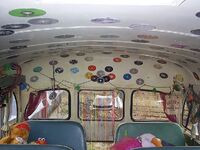 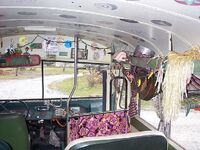 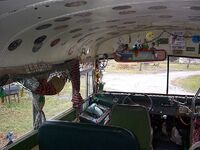 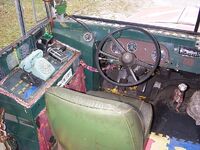 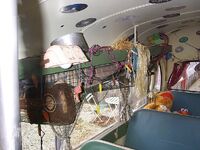 Retrieved from "https://muppet.fandom.com/wiki/The_Electric_Mayhem_Bus?oldid=1141983"
Community content is available under CC-BY-SA unless otherwise noted.