The Frog Prince, part of the Tales from Muppetland series, was released in syndication on May 12, 1971. This one-hour version of the classic fairy tale is narrated by Kermit the Frog.

A small frog who lands near the pond where Kermit and some other frogs have gathered claims that he is under a witch's spell and is actually a prince named Sir Robin the Brave. Kermit and his pals, Gawain, Kay, Gareth, and Ector, skeptical about the frog's true identity, sing about the joys and advantages of being a frog.

Princess Melora who talks mixed-up as the result of a witch's curse, befriends the Frog Prince and takes him to her palace. But before the spell on the frog can be broken, he must fend off the Princess' Aunt Taminella, who is actually the witch in disguise. Taminella has fooled Melora's gullible father, King Rupert the Second, into believing that she is his long-lost sister -- and that she deserves to wear the crown.

One of the Princess' key mixed up phrases is "Bake the hall in the candle of her brain", which actually means "Break the ball in the handle of her cane".

With the help of Kermit, Robin narrowly escapes becoming the breakfast of an ogre named Sweetums, and the story takes a happy turn when the other frogs help to stop the coronation of Aunt Taminella. 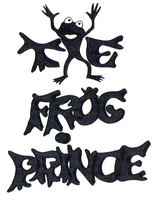 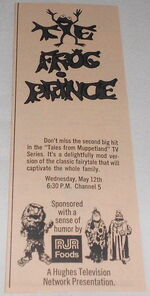 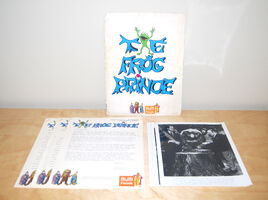