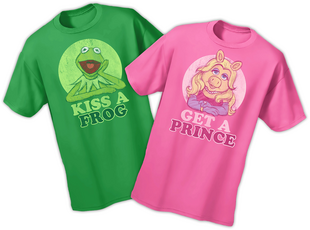 The Frog Prince is a classic fairy tale (most famously told by The Brothers Grimm) about a princess, who befriends a frog that's actually a prince under a spell. In most versions, the spell is broken by a kiss between the two.

Since the most well-known Muppet character is a frog, references to the story are often made in various Muppet productions. The most substantial was the production of the story with the Tales From Muppetland special, The Frog Prince.

Wikipedia has an article related to:
The Frog Prince
Retrieved from "https://muppet.fandom.com/wiki/The_Frog_Prince_(story)?oldid=1286993"
Community content is available under CC-BY-SA unless otherwise noted.