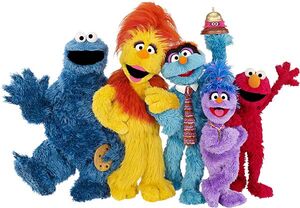 In February 2016, it was announced that a second season of the series was commissioned to start taping in May. The season will consist of 50 episodes (as well as a double-length Christmas special) and will feature guest appearances by Big Bird, Count von Count and the Martians.[1]

Retrieved from "https://muppet.fandom.com/wiki/The_Furchester_Hotel?oldid=875760"
Community content is available under CC-BY-SA unless otherwise noted.