Muppet Wiki
Register
Don't have an account?
Sign In
Advertisement
in: The Ghost of Faffner Hall, Muppet TV Shows

The Ghost of Faffner Hall

The Ghost of Faffner Hall was a music education series which ran on ITV and HBO for 13 episodes in 1989.

Faffner Hall is a grand music conservatory where the residents -- human, animal and monster -- enjoy making music of all types. After the Hall's founder, Fughetta Faffner, dies, her ghost continues to haunt the hall. Eventually the Hall falls into the hands of her villainous, music-hating great-great-grandnephew, Farkas Faffner. He moves in, and wants to rid the Hall of its collection of musical instruments. Fughetta's ghost is forced to work overtime to defeat Farkas's schemes.[1] Fughetta is aided by youngsters Mimi and Riff, and the eccentric Wild Impresario.

Louise Gold starred as Fughetta Faffner, with Mak Wilson as Farkas, Richard Hunt as the Wild Impresario, Karen Prell as Mimi and Mike Quinn as Riff.

This show featured puppets made both by the Creature Shop and the Muppet Workshop; it was taped at the Newcastle-upon-Tyne facilities of ITV contractor Tyne Tees Television, which co-produced the show and distributed it across the ITV network.

Since its cancelation, several segments from the series have been posted on the Jim Henson Company's YouTube channel. Around 2012, the first five episodes were made available for purchase on the iTunes Store in the United Kingdom.[3] The entire series was made available for the first time in 2020 on the Roku Channel.

1. Your Body Is an Instrument 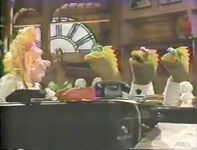 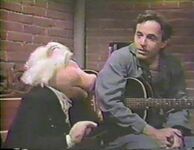 4. Music Is More Than Technique

5. The Voice Is an Instrument 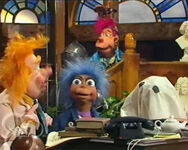 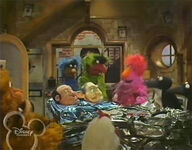 7. If You Can Play, It's an Instrument 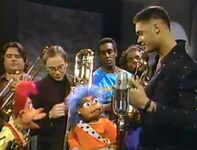 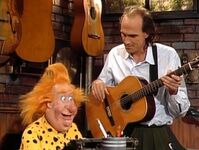 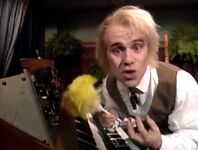 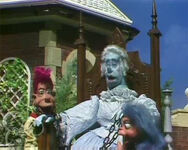 11. Music Brings Us Together 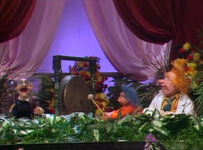 13. Anyone Can Make Music