He is always seen with his dim-witted assistant, Norman, who is known for loudly dinging a triangle and telling everyone to make way for his boss. Their chemistry echoes that of Ralph Kramden and Ed Norton on The Honeymooners. The Triangle Lover's square counterpart is the Grand Royal Square Lover.

Episode 3756 reveals that he has a wife and that his hair is actually a wig attached to his hat. 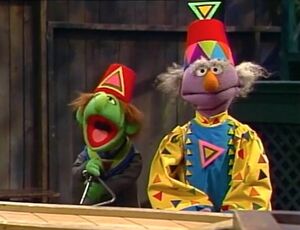 The Grand High Triangle Lover in his original, Lavender form... 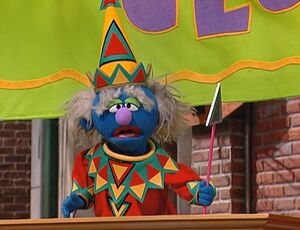 ...and a Fat Blue puppet with hand-rods.