The Great Cookie Thief is a 1977 Sesame Street storybook based on an Old West sketch that was first shown in Episode 0276.

The book opens in a saloon, where the residents are talking about their collective problem, the great cookie thief, who is stealing all the cookies from the bakeries in the area. While staring at the wanted poster of the thief, they realize the feller standing next to it looks just like him.

The sheriff pushes a saloon patron to take a closer look, and the messenger reports that the feller in question has the same googly eyes. Not convinced, the sheriff sends him back to compare the fur, which is the same shaggy blue. On a third inspection, the messenger notes they both wear the same black hat. And the fourth look reveals a red bandanna on each of them.

When they accuse him of being the thief, Cookie Monster counters that he does not have the same moustache, and he promptly draws one on the poster. Seeing the difference, the residents breathe a sigh of relief, until Cookie Monster removes his hat, revealing cookies stashed underneath. 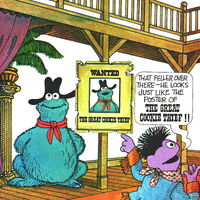 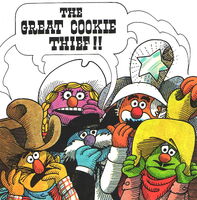 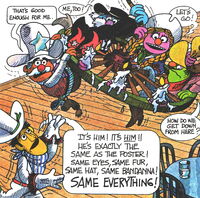 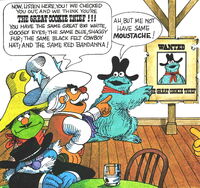 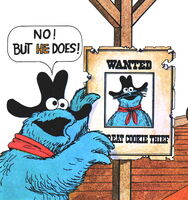 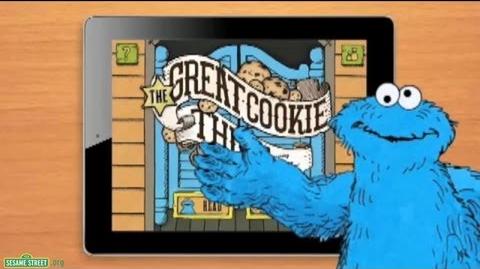 Retrieved from "https://muppet.fandom.com/wiki/The_Great_Cookie_Thief?oldid=1304682"
Community content is available under CC-BY-SA unless otherwise noted.