McDonald's made a set of commemorative glasses in 1981 to promote The Great Muppet Caper with illustrations by Daryl Cagle.

The four glasses include:

There was also a promotional glass produced that was available only to the managers of McDonald's which promoted the commemorative glasses.

A study funded by the Massachusetts Legislature Health Care Committee found that McDonald's glasses did not meet the state's safety standards, and specifically cited the paint used on the Muppet glasses, manufactured by Libby's Glass Company, contained more than 50% lead.[1] 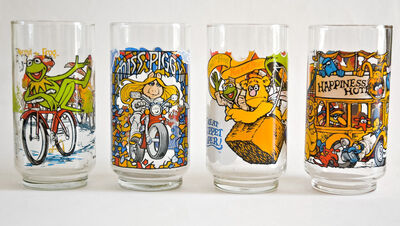 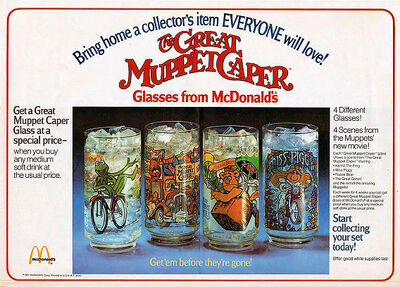 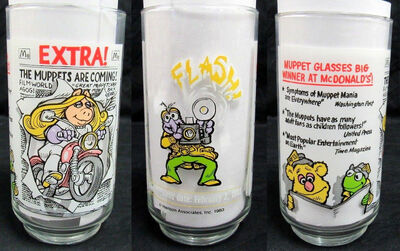 promotional glass
Add a photo to this gallery

Retrieved from "https://muppet.fandom.com/wiki/The_Great_Muppet_Caper_glasses_(McDonald%27s)?oldid=1077766"
Community content is available under CC-BY-SA unless otherwise noted.