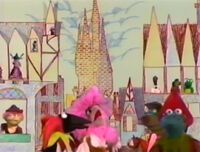 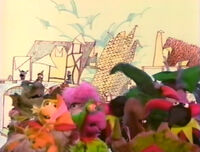 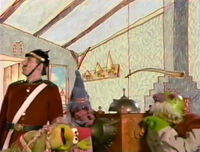 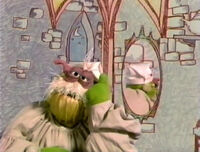 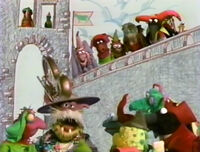 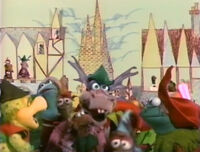 Another unnamed character with webbed ears appeared on Fraggle Rock with different eyes singing backup on the song "Get Blue (Goin' Down the Road)" in the season one episode "I Don't Care".

Retrieved from "https://muppet.fandom.com/wiki/The_Hat_Sharpener%27s_Kingdom?oldid=953989"
Community content is available under CC-BY-SA unless otherwise noted.