The Haunted Mansion is an attraction that first opened in Disneyland in 1969. Paul Frees supplied the distinctive voice of the narrator, the Ghost Host.

In 2012, a series of Disney pins were released featuring the Muppets in Doombuggies, the cars that transport guests through the ride, alongside many of the 999 ghosts that reside in the mansion.

In August 2015, Rowlf the Dog performed a dramatic reading of lyrics from the song "Grim Grinning Ghosts" in an Oh My Disney video. He's accompanied by a ghost named Bernard (played by Peter Linz) who lurks behind him during the reading. When Rowlf gets to the line about the ghosts coming out to socialize, Bernard ceases his spooky haunting and approaches Rowlf to suggest they go get coffee.

In August 2019, at the D23 Expo, Uncle Deadly was a guest at the Haunted Mansion 50th Anniversary panel, playing the role of the Ghost Host in a dramatic reading of one of Imagineer X. Atencio's early scripts for the attraction. 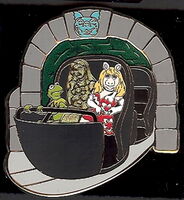 Kermit the Frog & Miss Piggy with Constance the Bride Ghost 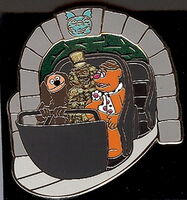 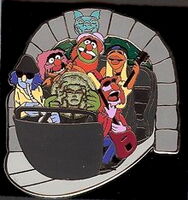 Dr. Teeth and the Electric Mayhem with Madame Leota 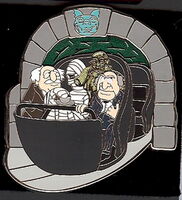 Statler and Waldorf with Mummy and Deaf Ghost 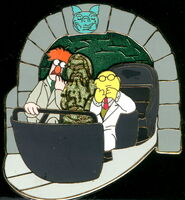 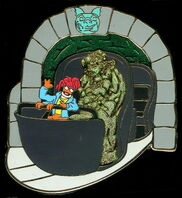 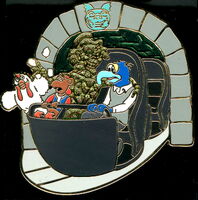 Rizzo, Gonzo and Camilla with Ezra 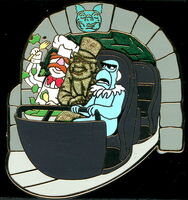 Wikipedia has an article related to:
The Haunted Mansion
Retrieved from "https://muppet.fandom.com/wiki/The_Haunted_Mansion?oldid=1315746"
Community content is available under CC-BY-SA unless otherwise noted.