The Hollywood Walk of Fame

The Hollywood Walk of Fame is a pavement along Hollywood Boulevard and Vine Street in Hollywood, California, which is embedded with more than 2,000 five-pointed stars featuring the names of celebrities honored by the Hollywood Chamber of Commerce for their contributions to the entertainment industry.

Jim Henson was posthumously inducted to the Hollywood Walk of Fame on September 24, 1991 (Henson's 55th birthday).[1]

Big Bird was inducted to the Walk of Fame on April 21, 1994.[2] Ruth Buzzi, Emilio Delgado, Michael Loman and Cheryl Henson also participated in the ceremony on Hollywood Boulevard in front of the Galaxy Theatre Complex.

On November 14, 2002, Muppet fans gathered on Hollywood Blvd. to see Kermit the Frog receive his star on the Hollywood Walk of Fame.[3] The ceremony was hosted by Johnny Grant, the honorary mayor of Hollywood. Among the celebrities in attendance were actor David Arquette, and family members Jane Henson, Brian Henson and Heather Henson. Sweetums also made an appearance. Part of the celebration was included as a featurette on the MGM DVD version of It's a Very Merry Muppet Christmas Movie as a Hidden Easter Egg.

The Hollywood Chamber of Commerce announced on June 17, 2010 that the Muppets would be receiving a star on the Hollywood “Wocka Wocka” Fame[4] in the Motion Pictures category. Other inductees chosen at the same time include Laura Dern, Danny DeVito, Melissa Etheridge, Tina Fey, Neil Patrick Harris, Ed O'Neill, Oprah Winfrey, Reese Witherspoon and John Wells. There is a five year window of scheduling for the placement of the star (the 2,466th),[5] and the date chosen was March 20, 2012, coinciding with the release of The Muppets on home video.[6] The star was unveiled on 6834 Hollywood Boulevard, in front of the El Capitan Theatre. Guest speakers included then-president of Walt Disney Studios, Rich Ross and The Jim Henson Company CEO, Lisa Henson.[4] Muppets in attendance were Kermit the Frog, Miss Piggy, Fozzie Bear, Gonzo, Animal, Pepe the King Prawn, Walter and Sweetums. The Muppet performers present included Steve Whitmire, Dave Goelz, Eric Jacobson, Bill Barretta, Peter Linz, Matt Vogel, David Rudman, and Bruce Lanoil; many of whom appeared after the ceremony.[7]

After the ceremony, Brian Henson gave his thoughts on The Muppets;

“The film has been terrific for the Muppets, and the Disney Company has just done a wonderful job promoting the film and getting it out there. It’s good to see the whole world getting back behind the Muppets.[8]” 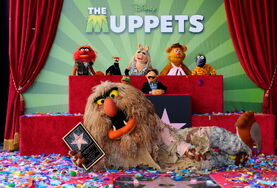 The Muppets, receiving their star on March 20, 2012 in front of the El Capitan Theatre. 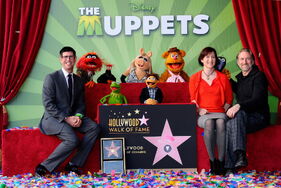 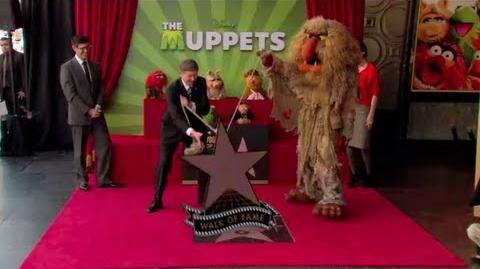 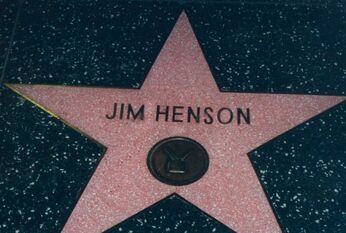 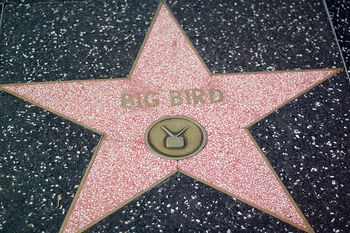 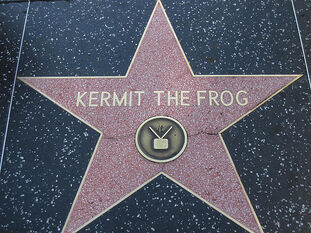 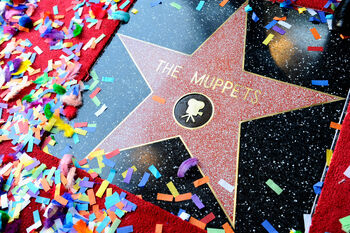 In 2010, to commemorate the 50th anniversary of the the Hollywood Walk of Fame, the Hollywood Chamber of Commerce placed commemorative banners along the walk. The Jim Henson Company sponsored a banner in honor of Jim Henson. The banner can be seen in a few scenes on Hollywood Boulevard in 2011's The Muppets. 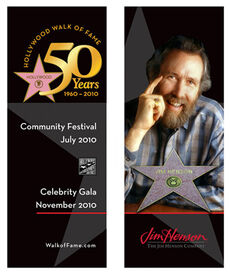 The banner can also be spotted during the musical finale of The Muppets. 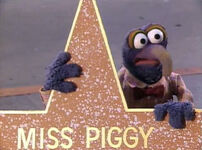 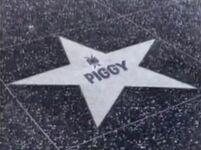 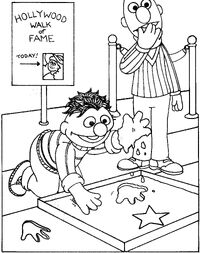 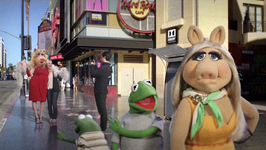 Many celebrities with stars on the Walk of Fame have worked with the Muppets and the Jim Henson Company over the years.

Wikipedia has an article related to:
The Hollywood Walk of Fame
Community content is available under CC-BY-SA unless otherwise noted.
Advertisement