The Idea Man is a three minute short film by Jim Henson which was used for a live performance with Limbo on The Mike Douglas Show on July 20, 1966. The film has featured in various screenings of vintage Henson material without the Limbo performance superimposed over the images.

During a segment in which Limbo runs through a list of ideas that have already been thought of, brief cameos are made by Yorick, Kermit, E=mc², Kukla, John F. Kennedy, and Alfred E. Neuman of Mad magazine. 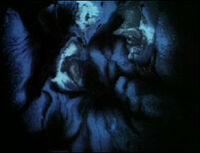 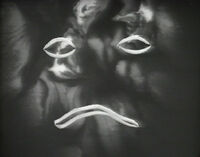 Limbo being performed over the opening shot.
Add a photo to this gallery
Retrieved from "https://muppet.fandom.com/wiki/The_Idea_Man?oldid=1077867"
Community content is available under CC-BY-SA unless otherwise noted.