"The first Muppet Christmas Cards were prints made by Jim Henson himself. They later became more elaborate but always reflected the corporate spirit that Jim valued!"[1]

Christmas Cards have been designed and given out by the Jim Henson Company since the early years and is a tradition that continues to this day. The cards have featured most Henson creations, including characters from Sam and Friends, Sesame Street, The Muppet Show, Fraggle Rock, Muppet Babies, The Dark Crystal, and, in recent cards, Puppet Up!, Sid the Science Kid, Dinosaur Train, and Pajanimals. 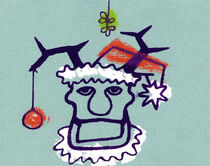 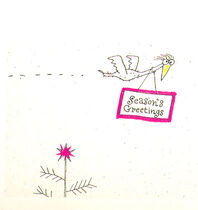 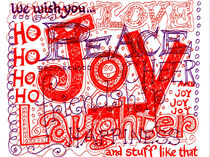 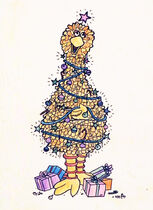 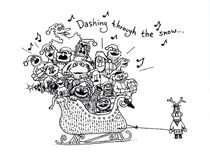 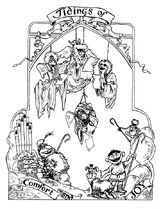 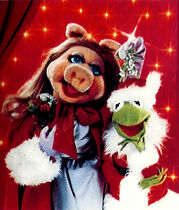 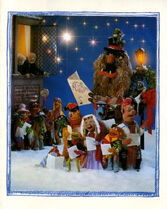 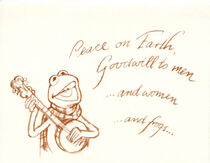 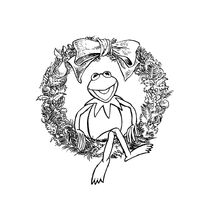 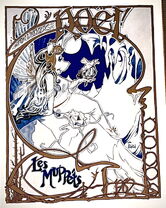 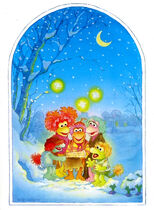 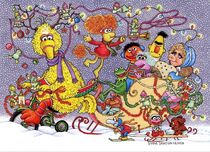 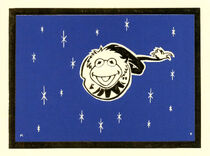 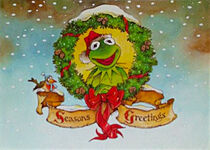 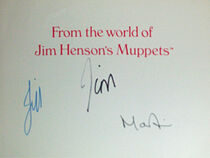 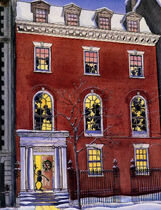 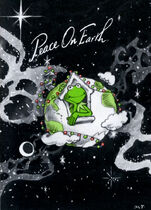 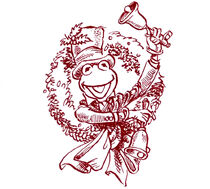 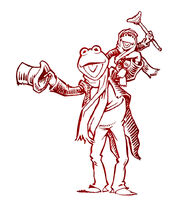 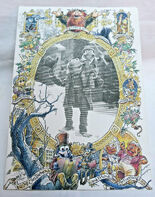 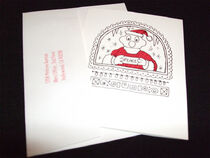 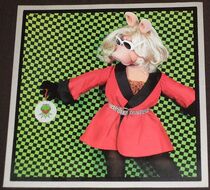 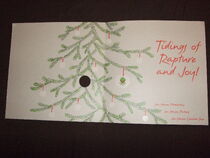 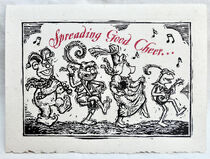 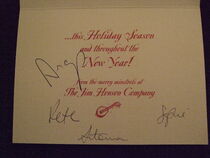 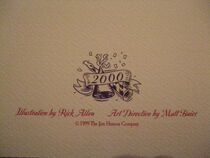 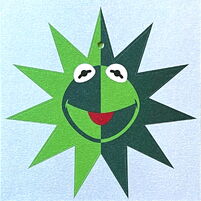 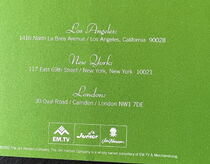 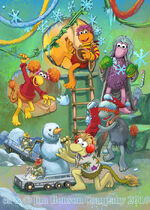 2013, illustrated by Jake Myler
Add a photo to this gallery

Retrieved from "https://muppet.fandom.com/wiki/The_Jim_Henson_Company_Christmas_Cards?oldid=907321"
Community content is available under CC-BY-SA unless otherwise noted.