The Jim Henson Legacy once explored the idea of creating a museum dedicated to the life and works of Jim Henson. In 2004 the Legacy commissioned Roto Studio and Ramsay Productions to provide museum planning, conceptual design services, and facility and project management. In addition to theater space, conceptual artwork for the museum showed areas and displays on Henson's early life, studio work, Creature Shop, and "other great stuff."

However, rather than establishing its own independent museum, in 2007 the Legacy and Henson family announced the development of a special Jim Henson Wing as part of the museum space at the Center for Puppetry Arts in Atlanta, GA. More than 500-700 puppets, props, drawings and other items are included in a new Henson wing that opened in the fall of 2015. 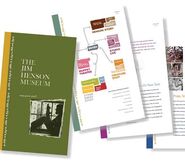 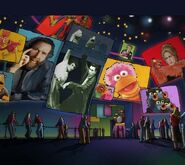 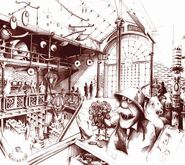 Retrieved from "https://muppet.fandom.com/wiki/The_Jim_Henson_Museum?oldid=1077905"
Community content is available under CC-BY-SA unless otherwise noted.